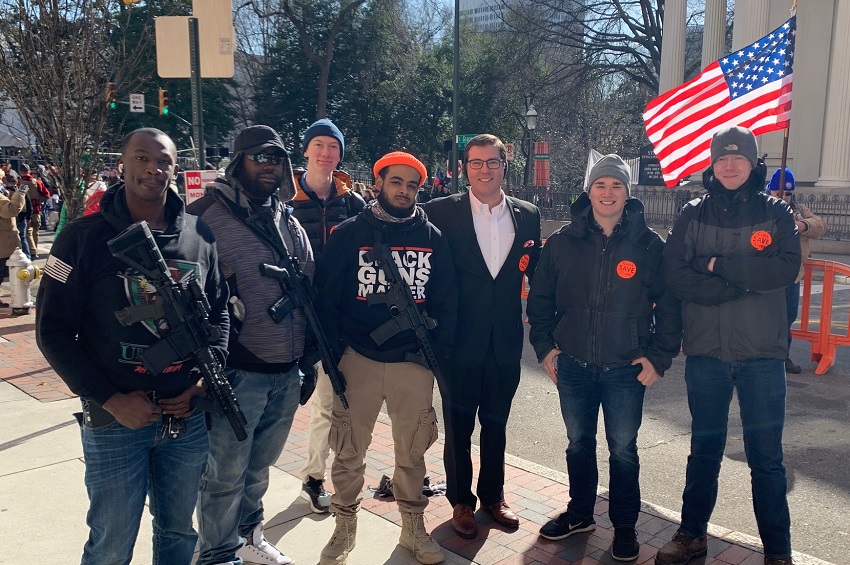 Richmond, VA (January 20, 2019) – An estimated 25,000 patriots converged on the states Capitol to defend the 2nd Amendment. In the early hours of the morning, the first patriots dawned their favorite firearm, many brands that are demonized by the media.

I had the distinct pleasure to meet hundreds of patriots from all around the country who came to demonstrate against the tyrannical governor. Naturally, in preparation for this event the fake news reported that this event would be a “Charlottesville II.” In reality, the event was not only the polar opposite of Charlottesville and so “tame” that the fake news barely event reported on the rally in the news cycle.

Likely, the state legislature will press on with gun control legislation this week. Bills up for consideration include “assault weapon” bans, red flag laws, magazine bans and dozens of other pieces of unconstitutional legislation. Most notably, the “assault weapon” ban, when read broadly, includes banning all semi-automatic handguns as well. This will leave Virginia with revolvers, some shotguns and bolt action rifles.

To put it politely, the state legislature is incompetent at best. They need to hire a world-renowned constitutional lawyer who can briefly read the simple language of the 2nd Amendment “…the right of the people to keep and bear Arms, shall not be infringed.” Their proposed legislation restricting our rights is unconstitutional and profoundly concerning.

Jason Roberge is Coast Guard veteran and lawyer based in Virginia’s 7th congressional district. To support his campaign, visit http://www.robergeforcongress.com