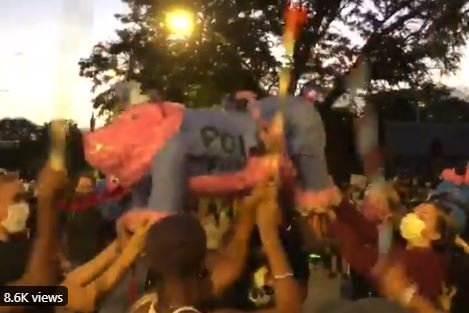 In Chicago the Black Lives Matter mob in Chicago beat a piñata pig symbolizing a police officer on Saturday night.

This took place in front of a police line.

The BLM mob then danced around the severed head of the pig.

But only the black protesters were allowed to dance up front by the pig.

BLM celebrating over the severed body of a piñata pig symbolizing a police officer in Chicago pic.twitter.com/0V7N4Vs9v7