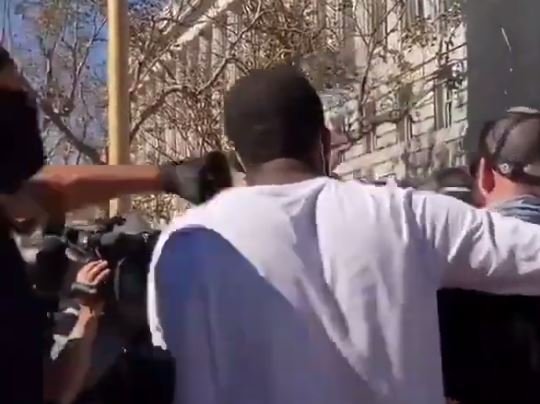 Philip was attacked by an Antifa street thug while escorting a fellow conservative from the rally.

Philip Anderson did not see the punch coming.

He was sucker-punched by an Antifa thug and lost both of his front teeth while he was trying to help a fellow patriot get to the event safely.

This is the same Antifa operative who hit Anderson.

After he battered him in the head he started screaming at him.

These people are animals. 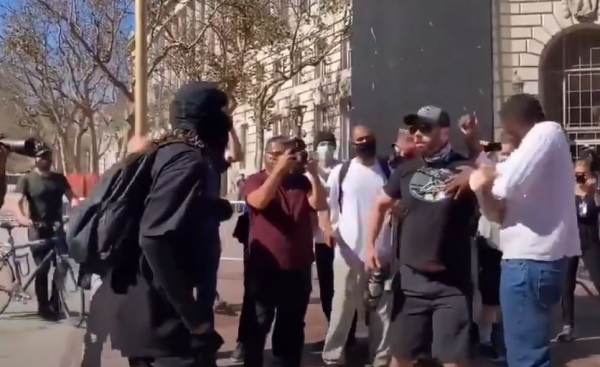 After Philip pulled away the Antifa goon hit him again in the mouth and knocked out his teeth.

It is not clear if the Antifa operative had brass knuckles or a weapon but it is likely. 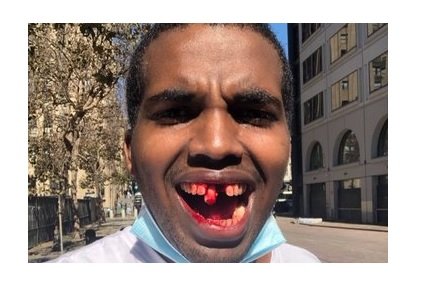 You can watch the entire video here.

There is a fundraiser for Philip Anderson on GoFundme.

Here’s another angle on the beating.

A Black Trump supporter was attacked by BLM & Antifa agitators outside of a free speech rally in San Francisco. Phillip Anderson was sucker punched and lost both of his front teeth trying to help a fellow patriot get to the event safely. The event was eventually canceled due to the violence coming from the radical left. If you would like to donate to help pay for his new teeth, the gofundme is in my bio. @teamsaveamerica

A post shared by Conservative Alliance (@conservativealliance.us) on Oct 17, 2020 at 4:12pm PDT