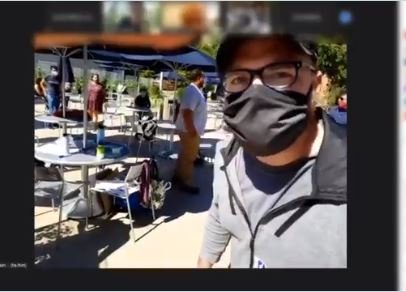 The DC Sunrise Movement, a far left group pushing the consumption of foreign energy sources in America, is training agitators for a potential riot at Senator Lindsey Graham’s home on Monday morning.

The riot is planned for 6:00 AM on Monday morning.

This is the modern day left — violent, radical Marxists.

ATTENTION – @SunriseMvmtDC is training agitators for a potential riot at @LindseyGrahamSC’s home at 6:00am tomorrow morning!

This exclusive video shows them practicing kicking in his front door & more. Please help get the word [email protected]@DCPoliceDeptpic.twitter.com/GXjEwL7jos

BREAKING: Lindsey Graham will be Targeted at his Home 6am Monday by Militant Left-Wing Group over Supreme Court

The group doxxed Graham, sent his address to members & posted on their site for anyone willing to join their dangerous call to actionhttps://t.co/3xQkjvBgLL