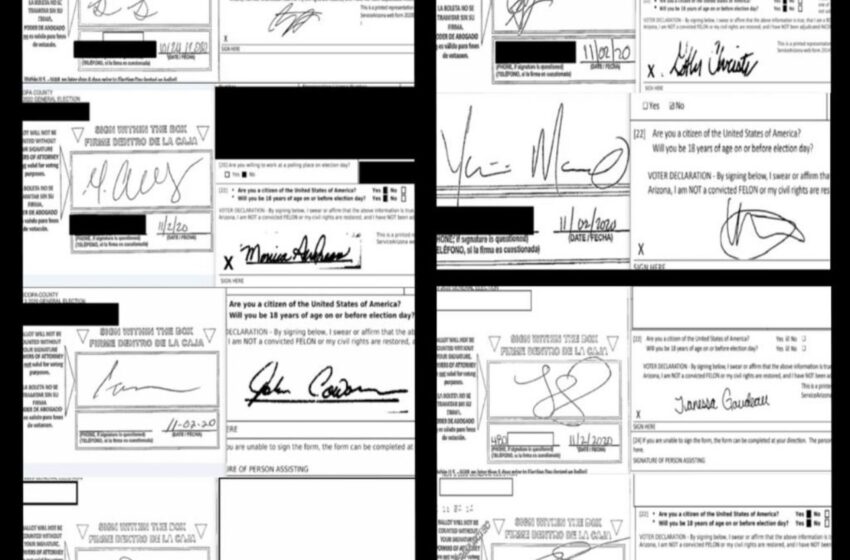 The Gateway Pundit reported on some of the shocking findings in the investigation, including Election Day tabulators reportedly rejecting nearly 1/4 million vote attempts on election day. As revealed in the presentation, “tabulators failed at 235 times the Election Assistance Commission’s regulated failure rates.”

This massive error is over 14x the margin of victory in Kari Lake’s race!

After determining that OVER 420,000 ballot affidavits “failed signature verification” in the 2020 Election, based on their review of roughly 25% of 1.9 million envelopes, Busch and her team extrapolated this data. They concluded that there were “a total of 290,644 failed signatures in the 2022 Election.”

Qualified data analyst Walter C. Daugherity used statistical projections from the 2020 Election findings to determine with 99.999% confidence that over 127,000 signatures were egregiously different than the signature on file, and over 163,000 signatures failed the Arizona Secretary of State’s standards for signature verification in 2022.

Daugherity is a Senior Lecturer Emeritus in the Department of Computer Science and Engineering at Texas A&M and a consultant for major national and international firms and government departments, including the Texas Department of Agriculture and US Customs.

Busch’s team also discovered blank ballot affidavits, affidavits signed by somebody other than the voter, unverifiable affidavits with just “scribbles,” voters who cast more than one ballot in the same election, dead voters, and voter registrations with incorrect signatures.

“We found 1800 out of 300,000 analyzed that had no signature whatsoever,” said Shelby Busch. “We processed a dead voter ballot envelope. The man died several days before the election, and on the ballot signature component where they’re supposed to sign their name, somebody wrote on there, ‘voter is