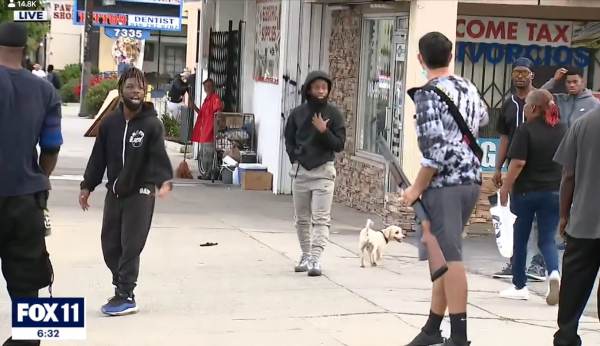 A crazy scene unfolded during yet another day of mayhem in Los Angeles. A couple of shop owners in Van Nuys were guarding their store with shotguns, with the help of a few neighbors. Would-be looters pulled up and started getting out of their cars, only to be confronted by the guys with the shotguns.

A third friend of the shop owners can be seen reaching for a handgun. After a short standoff, some of the looters left, while others started to venture into a nearby strip mall.

And it was all caught on Fox 11 cameras.

Police can be seen going up and down the road, but they don’t bother stopping at the scene for several minutes. The news woman is trying to get the attention of the police. Police eventually show up, half of them chase after the looters, the other half detain the shop owners and their friends. one cop comes storming in with his AR15 drawn on the guys with the shotguns, likely unaware of the full scope of the situation. 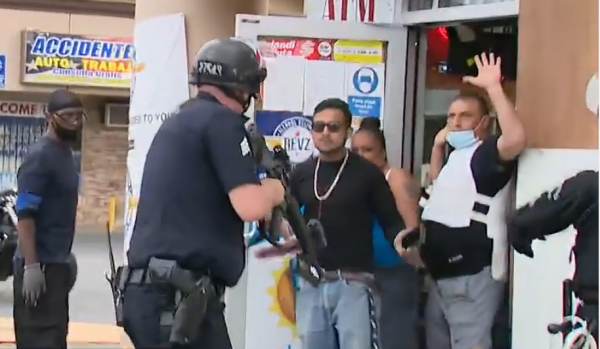 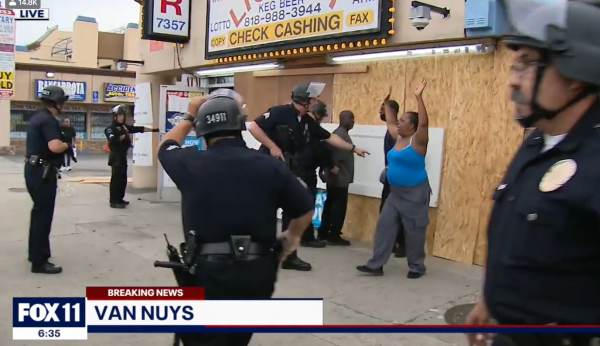 It looked like the shop owners and their friends were eventually uncuffed. The reporter woman is trying to tell police who’s who, but is on way too much adrenaline to make sense at first.

Alleged looters square off against business owners in Van Nuys

EXCLUSIVE: A group of alleged looters square-off against business owners in Van Nuys as police converge onto the scene. The tense moments were captured live in front of our FOX 11 news camera. https://www.foxla.com/live