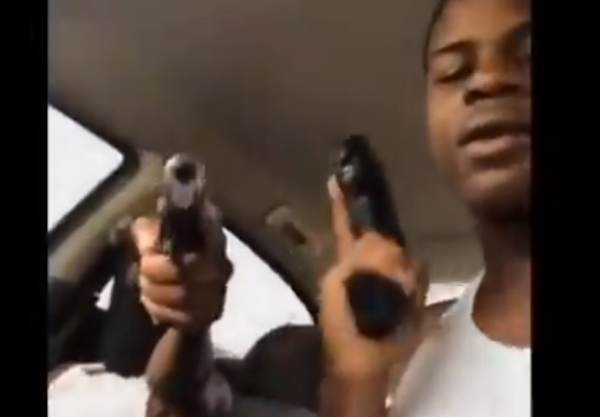 video has surfaced of the “innocent teen boy” who was killed in an officer involved shooting in DC on Wednesday.

The video is from 18-year-old Deon Kay’s Instagram page, which is now inactive.

It features two young men, Kay and a masked friend, pointing guns at the camera.

Immediately after the shooting, with almost no details available, Black Lives Matter was protesting and throwing tantrums in the street about the “teenage boy” who had lost his life.

It turns out, at approximately 3:51 p.m., uniformed police officers responded to a call to investigate a man in a vehicle with a gun. When they arrived, they found four people in the vehicle. Two of them fled, including Kay.

During the chase, Kay brandished a firearm.

At this point, an officer fired one single shot, hitting Kay. The suspect was transported to the hospital for treatment, but it was unsuccessful.

The two people who remained in the vehicle, Marcyelle Smith and Deonte Brown, were arrested. The other suspect who fled with Kay has not yet been apprehended.

The DC Metropolitan Police is expected to release body camera footage of the incident on Thursday morning.