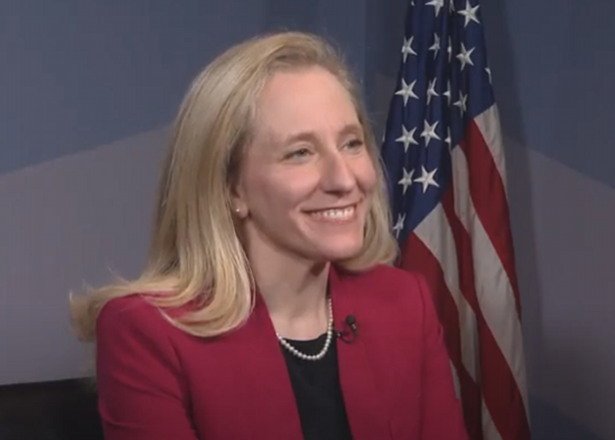 Do you get the sense that the 2020 election is being stolen by the Democrats in broad daylight?

If you do, you have good reason to feel that way.

Democrats seem to be finding extra ballots all over the place, wherever and whenever they’re needed.

In Virginia, Democrat Abigail Spanberger was losing her race to a Republican challenger until 14,000 ballots were suddenly found on a flash drive. What a stroke of luck.

Virginia Democratic Rep. Abigail Spanberger has now surged ahead in her tight race with a Democratic challenger after officials reportedly discovered thousands of “overlooked” ballots on a flash drive.

Spanberger, is a former CIA official who was part of the 2018 Blue Wave that gave Democrats control of the House. Her victory ended the GOP’s stronghold on the state’s 7th congressional district seat. Her challenger this year is Republican Nick Freitas.

The election-watch group Virginia Public Access Project tweeted late Wednesday afternoon that Spanberger was down by about 1,350 votes following a canvassing effort by county officials.

Less than an hour later, however, VPAP reported she had jumped considerably ahead of Freitas, in part the result of an infusion of over 14,600 previously “overlooked” ballots found on an Henric County county flash drive.

The memory stick had been “mislabeled as ‘provisional ballots’,” the group said.

Are we supposed to believe this was just a coincidence?

In CD7, Spanberger now leads by 5,134 votes after Henrico County posts 14,616 central absentee votes that were overlooked on Election night. Officials overlooked the ballots, which were saved on a memory stick mislabeled as “provisional ballots.” https://t.co/UL3zFe0kEb

Funny how ‘found’ ballots are always in favor of Democrats; Virginia Democrat Spanberger surges ahead after ‘overlooked’ ballots found on flash drive: Report….#news#politics#Election2020#elections#KAG2020https://t.co/Hy0lVE81vJhttps://t.co/1lumuGje5Jpic.twitter.com/iYpBx3qygp