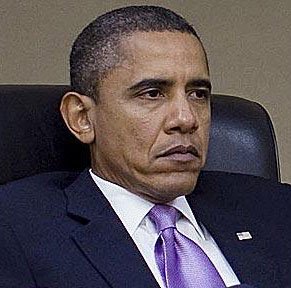 Disgraced former President Barack Obama appears to be in a panic. General Flynn is now in the clear and the Durham investigation is ongoing. More documents are about to drop.

There are rumblings that former members of his FBI (e.g. FBI General Counsel James Baker) have flipped and are working with Durham.

Obama’s Deep State henchmen who set up General Flynn and the crooked politicians and media hacks who supported them are terrified.

More information on Obamagate is expected to drop in the coming days.

An audio of former President Barack Obama, whose Administration spied on the Trump team and Administration, was released by deep state reporter Michael Isikoff at Yahoo News on Friday night.

In the “call” which appears totally set up, Obama says he is concerned about “the rule of law.”

“The news over the last 24 hours I think has been somewhat downplayed — about the Justice Department dropping charges against Michael Flynn,” Obama said during a virtual discussion with members of the Obama Alumni Association. “The fact that there is no precedent that anybody can find for someone who has been charged with perjury just getting off scot-free. That’s the kind of stuff where you begin to get worried that basic — not just institutional norms — but our basic understanding of rule of law is at risk. And when you start moving in those directions, it can accelerate pretty quickly as we’ve seen in other places.”

On Tuesday the Clinton-appointed judge made a dirty, political move to delay justice for General Mike Flynn.

The Justice Department dropped its case against General Mike Flynn last Thursday after bombshell documents released proved he was framed by Comey’s FBI.

But Judge Sullivan extended the case by soliciting amicus briefs to allow for public comment on Flynn’s criminal case.

This is something he has refused to do numerous times in the past.

Judge Sullivan, who denied leave to file amicus briefs when he knew third parties would have spoken favorably of Flynn, now solicits briefs critical of Flynn. This is a violation of the judicial oath and applicable ethical rules. We will be filing a complaint against Sullivan.

Or, maybe the two communicated by other means since last Thursday?

His actions are corrupt as hell.