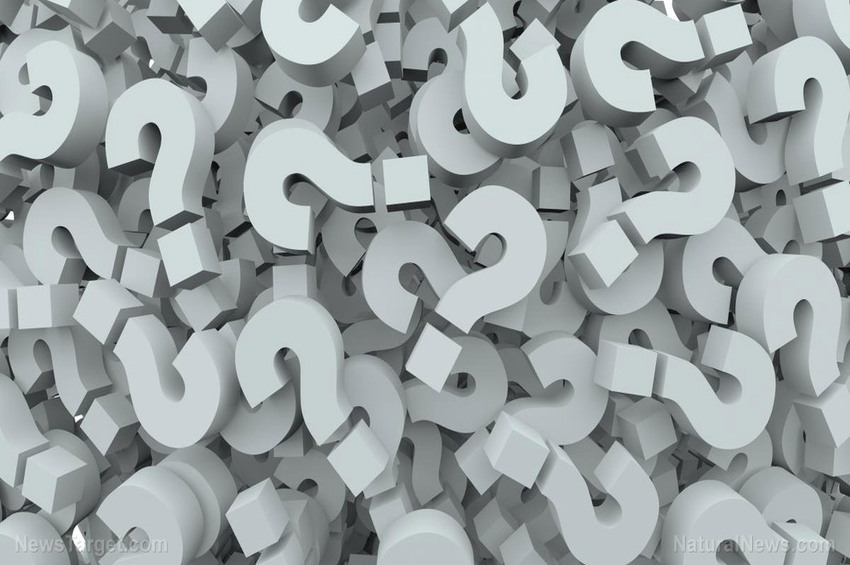 Update (1315ET): Not only is Washington DC Mayor Muriel Bowser scrapping a curfew for Thursday night (since there were no arrests among the peaceful protesters who gathered in the city, she’s also calling for all national guard troops from other states to be withdrawn from the capital district immediately.

In addition to the beefed up national guard presence, Washington has seen a number of federal agents deputized to serve on the front lines.

Yesterday, the mayor vowed to “push back” against an alleged attempt by the White House to subvert control of the Metropolitan Police Department, which reports to the Mayor of DC.

Update (0940ET): The AP just published new information about the officer who was attacked in Brooklyn. The officer was on an anti-looting patrol when he was attacked. The attacker was shot, as were two officers who were with the victim. The suspect is n critical condition after being “shot multiple times”.

“What we know at this point and time is that it appears to be a completely, cowardly, despicable, unprovoked attack on a defenseless police officer and thank God we aren’t planning a funeral right now,” Shea said.

It was one of several attacks on on officers in recent days, including a driver who plowed into a police sargeant trying to stop looting in the Bronx, and another cop who was hit in the head with a brick.

A movement inspired by another in a long line of heinous police killings in the US, and instead of walking away with a slap on the wrist, all of the officers involved with the ill-fated arrest have now all been arrested themselves, and charged with murder, or abetting murder. But still the protests won’t stop, and instead, thousands of angry Europeans have opted to join their American ‘comrades’, and in so doing vent their frustrations following months of restrictive lockdowns.

A bunch of anarchists in Greece hurled molotov cocktails at the US embassy in Athens.

Riots and protests over police killings started because the cops who killed Eric Garner and Michael Brown walked away with only administrative punishments, and both got to keep their badges. This time around, the movement has a different goal: abolish “white supremacy” around the world.

Remember when an army of media pundits criticized the Occupy Wall Street movement for its ‘vague’ agenda? Well, it appears the those who continue to return to the streets night after night have only one real agenda: venting their rage on the cops, feds and national guardsmen, by pelting them with bricks and even shooting them. By the New York Times’ count, Wednesday was the ninth night of demonstrations, and while most of the major American newspapers heralded the night as ‘largely peaceful’, they mostly neglected to mention that, amid all the enthusiasm over the new charges brought by Keith Ellison, somebody walked up to a cop in Brooklyn last night without provocation and stabbed him in the neck. Two cops were also shot during a struggle with the suspect, the New York Post reported. It’s unclear whether the officer stabbed in the neck survived. The two who were shot reportedly had non-life-threatening injuries.

The NYP said the motive for the assault remains unclear, and an investigation is ongoing.

Elsewhere in Brooklyn, cops rejected calls from protesters at the Barclays center to “take a knee”, as hundreds chanted from behind a fence. As the NYT reported, “they were not having it.”

AP figures put the number of arrests over the week-long spree of unrest to be over 10,000 nationwide as of Thursday morning.

The phenomenon of deputizing all available federal officers to protect the area around the White House continued Wednesday night, as reporters claimed to encounter BoP corrections officers, DEA agents and others (we wonder if the fish and wildlife agents were out there too).

Outside Brooklyn, where the alliance between blacks and the white middle class gentrifiers who pushed them out of their homes has proven notably toxic, violence last night was minimal, as protests remained largely peaceful. Several horses were apparently allowed to join the rally in the Mission District last night.

A large group of peaceful protesters sat near the intersection of 86th Street and East End Avenue, the closest they are legally allowed to assemble near Gracie Mansion, the mayor’s official residence. For a time, the NYT said, the only sound to be heard was the birds and helicopters flying overhead.

Cops in midtown Manhattan enforced the city’s curfew, and loaded those captured during a “mass arrest” onto police vans for transportation.

The protestors who were detained are now being loaded up onto a prisoner bus by the NYPD on E 50th and 3rd Ave. 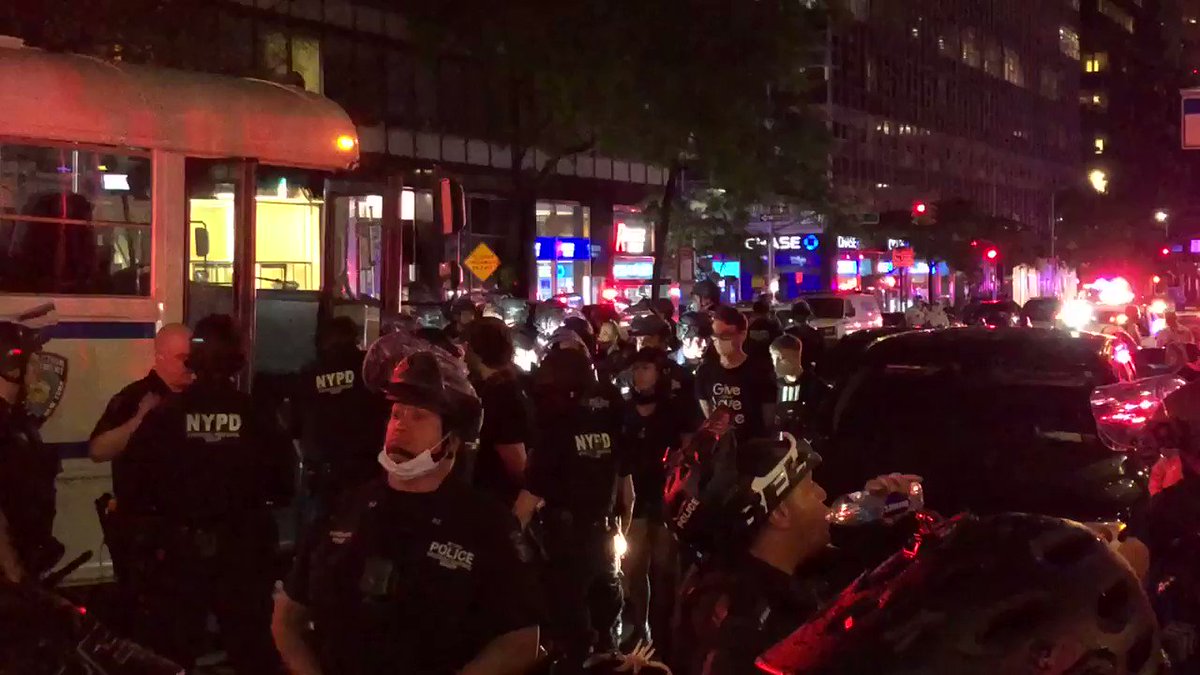 88 people are talking about this

This cyclist went down particularly hard.

Marchers in Washington DC, roused by the earlier curfew but subdued by the rainfall, were greeted by a wider perimeter around the White House, as well as more officers, though demonstrations remained largely peaceful. Somebody passed out sandwiches. Another person gave out cookies.

The situation was very different in Portland, Ore., widely known across the US as the city with the most antifas per 100,000 residents, as all the white hipsters who populate the city’s coffee shops, accompanied, presumably, by groups of “outside agitators”, once again turned violent after dark, after a daytime rally that drew more than 10,000 people.

“We have to collectively come together to stop those who are holding our city with violence…Every night, we are using all our resources and it is still not enough,” said Portland Police Chief Jami Resch.

Among the many controversies to erupt this week, the NYT is facing backlash for publishing an op-ed by Sen. Tom Cotton calling for the US to “send in the army” to restore order to the streets. One of the NYT’s most visible reporters claimed the op-ed “puts black reporters in danger”.

Running this put Black @nytimes staffers in danger. In solidarity with my colleagues who agree.