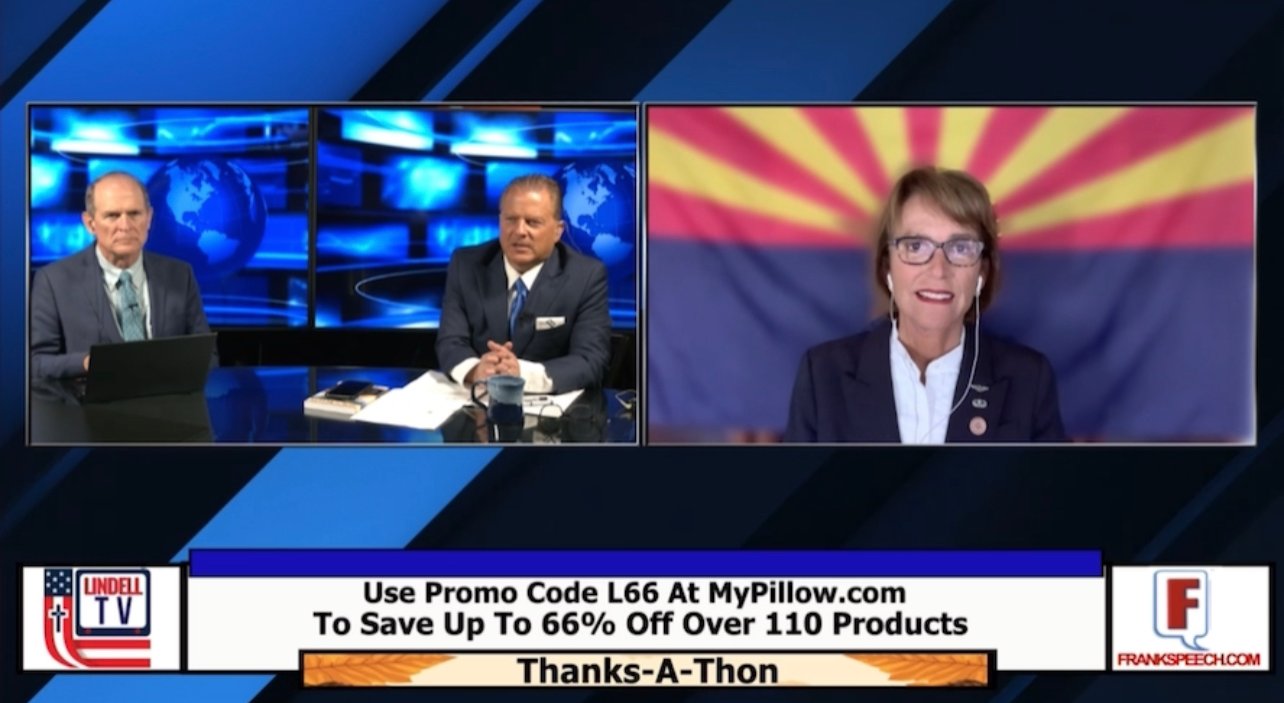 Arizona State Senator Wendy Rogers appeared on frankspeech.com with Brannon Howse and Bill Federer today to give an update on the Arizona audit.

Rogers tweeted an update on Monday, stating that 186 legislators have now signed on.

BREAKING: 186 Legislators from 39 States Write a Letter to the American People Calling for a 50-State Audit, Decertification Where Appropriate, and Possible Convening of the US House of Representatives (1/2) pic.twitter.com/syGpDm5fN9

The list is growing as more legislators are awakened to the big lie of the 2020 Presidential Election.

Rogers: Whatever state you’re from, I’m sure you know state senators and state representatives who embrace election integrity. They need to, if they haven’t already, sign my Audit 50 States Letter. We have nearly 200 signers.State senators or State House Reps, or in some states, they’re called delegates need to sign this letter. And what this letter says is that we the state legislators in the country have been endowed with the plenary power to oversee the US Presidential Election per our US Constitution. Our founding fathers were very wise. And they knew that we the state legislatures are closest to the people. So, I need you to send me names of state senators and state representatives you know who embrace election integrity, and who want to recall the electors of your state if there was corruption found. In other words, they want to dig down, find out the truth of what happened in your state, and take the next step.

I need you to send those names of those state senators or state representatives, who you know would sign my letter to the following email address, [email protected] And what you say is “Senator Rogers, I have these two or three names here. I know these state legislators and I know that they embrace election integrity and they want to find out the truth of what happened in our state.” Because let me just clue you in folks, even if your state went for Donald Trump, there was likely still rampant corruption. Especially in the urban areas and this is the spin that the left tries to put out, that your state is turning purple. It’s not turning purple. They’re cooking the books, and they’re making you think that to discourage you. We have to get truth back into our system.

The Gateway Pundit reported that it has