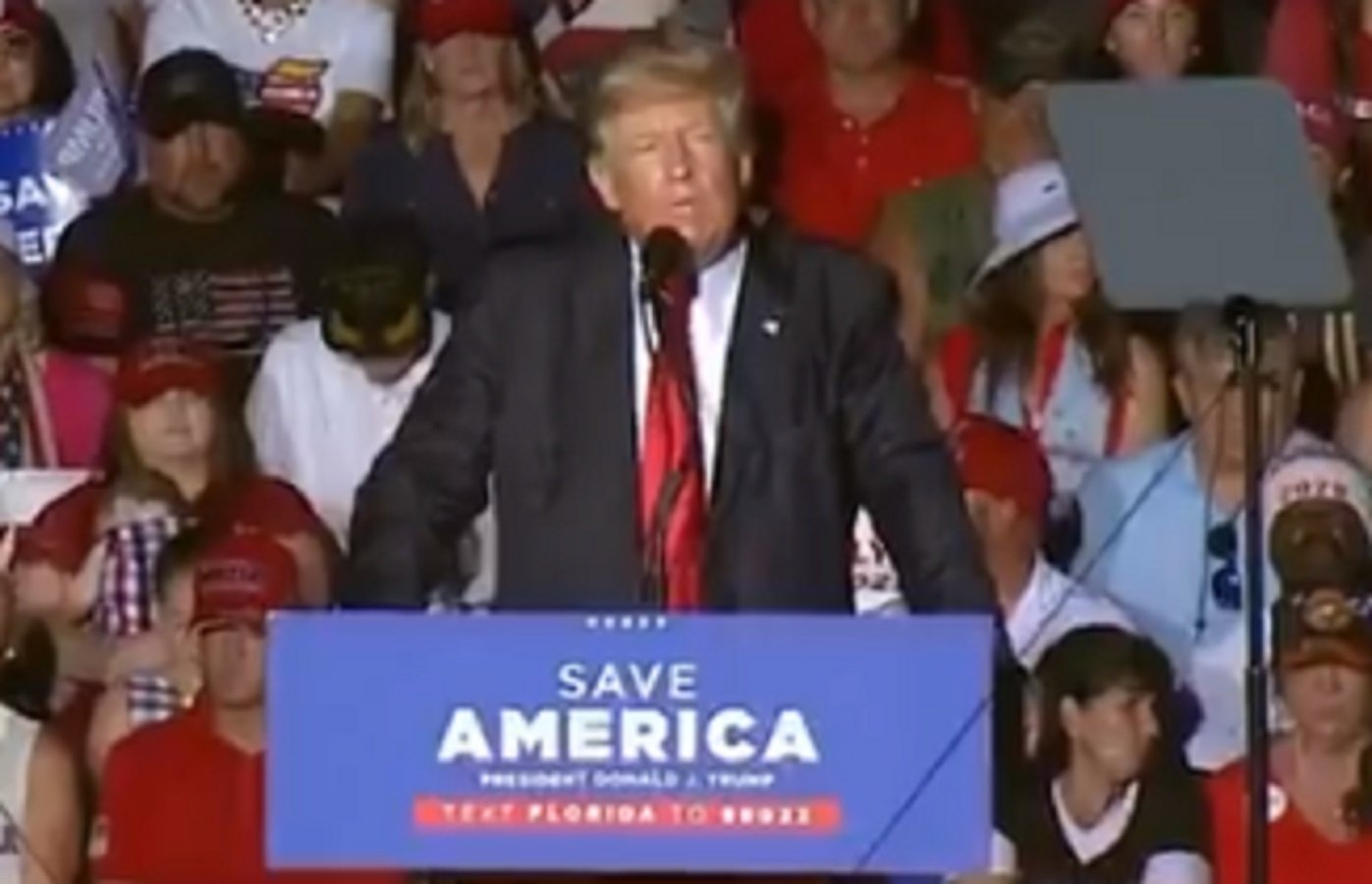 Former President Donald Trump demanded to know who killed Ashli Babbitt during a rally in Florida at the Sarasota Fairgrounds on Saturday night.

Trump also pointed out the hypocrisy of so many January 6 protesters being imprisoned, while the same was not true about the Black Lives Matter and Antifa militants that destroyed cities across the nation during the summer of 2020.

TRUMP: “Who shot Ashli Babbitt? We all saw the hand, we saw the gun.” pic.twitter.com/1vlYSiI85C

Trump noted that he spoke to Babbitt’s mother “the other day,” and that she was an incredible woman who is still grieving and devastated “like it happened yesterday.”

“If that were on the other side, the person that did the shooting would be strung up and hung,” Trump said.

The former president also noted that the name of the shooter is out there, but nobody wants to admit it.

“Now, they don’t want to give the name,” Trump said, “but people know the name. People know where he came from.”

Trump said that there was no reason for the shooting and that the name has “got to be released.”

“And how come so many people are still in jail over January 6, when nobody paid a price for the fire, carnage and death that took place in Democrat run cities throughout our country, including Antifa and BLM? How come?” Trump asked. “How come?”

Trump then asked why our Republican leaders, specifically pointing to Mitch McConnell, are afraid to take up the subject and talk about it.

“Disgrace to our country,” Trump said. “We need strong leaders.”