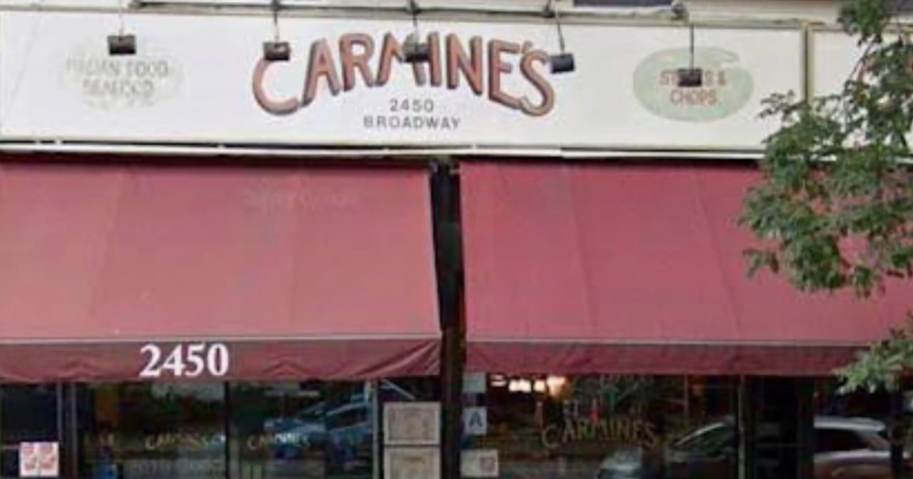 Health officials began enforcing New York City’s vaccine passport program – the “Key to the City” pass –  earlier this week, and it has already caused quite a commotion at several restaurants around the Big Apple.

Restaurant owners now face massive fines if they are caught feeding the unvaccinated, which has forced them – and their employees – to carry out the City’s dirty work by refusing service to people who haven’t taken the experimental jab.

On Thursday Evening, tensions hit a breaking point and got physical at a popular Italian eatery – Carmine’s Restaurant – on the City’s Upper West Side.

Cellphone video that was obtained by NBC New York shows three women in a wild melee with a hostess in front of the restaurant after they were asked to provide their proof of vaccination to be able to eat.

Here is the Video:

According to NBC New York, this is likely the first documented assault that has been carried out in direct response to the city’s vaccine mandate.

The NYPD arrested the 3 women and charged them with assault. According to law enforcement reports, the hostess was “repeatedly punched in the face” and required a trip to the hospital.

Carmine’s Restaurant issued a prepared statement on Friday that condemned the assault.

“It’s a shocking and tragic situation when one of our valued employees is assaulted for doing their job – as required by city policies – and trying to make a living.

We are a family style restaurant and this is the absolute last experience any of our employees should ever endure and any customer witness.”

The real shocking and tragic situation is forcing these hourly employees to segregate on behalf of the tyrannical health regime.

How far will people go to “just do their job?”

Another viral incident from a NYC restaurant shows a black family being refused service and being forced to leave over the draconian vaccination policy.

The most disappointing part is the reaction by his fellow citizens around him; When he asks them if they are okay with the un-American segregation – a man flips him the middle finger and says yes.

Not one person speaks out in his defense. The diners and the employees should be ashamed.