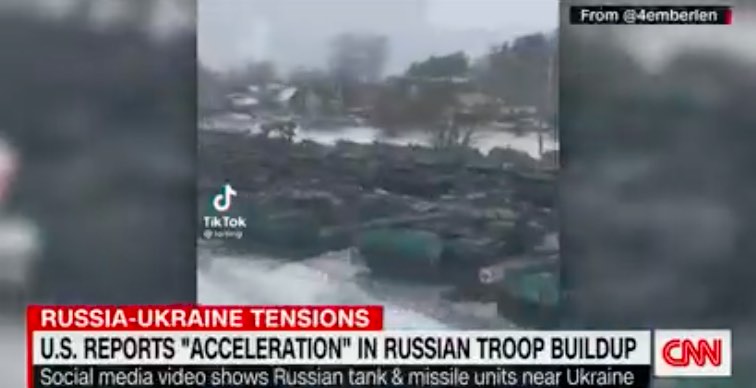 The Western nations and especially the United States awoke today to a new world today.

After decades of hearing US politicians boastingly describe the US as the “exceptional nation,” justifying its repeated violation of international law with invasions of Vietnam, Laos, Cambodia, Haiti, Dominican Republic, Panama, Grenada, Lebanon, Iraq, Afghanistan, Syria, Libya, El Salvador, and “regime change interventions in a host of other countries, because it could, all the while telling the rest of the nations of the world that they had to strictly obey the “rules-based order” of international relations, that countries do not invade or violate the borders of other countries, suddenly there is another nation that has decided it is “exceptional.”

Vladimir Putin’s Russia has simply flaunted international law and launched an all-out war on Ukraine, a nation (the largest in Europe geographically) bordering it in eastern Europe.

We need not go into the justifications Putin has offered. They are as invalid as the ones given by the US for its invasion of Iraq and for its two-decade-long war on Afghanistan, for its invasion and decade-long war on Vietnam, Laos and Cambodia, for its mining of the harbor in Nicaragua and the funding and arming of a Contra army to create mayhem in that county from sanctuaries in neighboring Honduras, and on and on.

We have lived in a world for decades where the US has had free rein to ignore international law, the World Court and the UN Charter, because it has had a military power that no nation could contest. Raw ugly power was always the real justification for American “exceptionalism.”

Now we’re seeing Russia, its military over the last 30 years since the dissolution of the Soviet Union restored to a point where, if not as imposing and as far-reaching as the US, it is clearly the most powerful force in Europe, has shown that it will do what it wants in its own neighborhood — international law be damned.

And, aside from the impotent imposing of economic sanctions on Russia and on its leaders and oligarch supporters, the US has admitted there is nothing it or its NATO puppet states can do,

Of course the US and its NATO allies could go to war against Russia, but nobody wants to do that. Firstly, it would mean massive destruction in any European states involved in such fighting, but secondly, everyone recognizes that such a war would very quickly go nuclear, either right away or very soon afterwards once one army, either the Russian one or the US one, began to lose. And once nuclear weapons, even small tactical ones on battlefields, get used, the big ones — city-destroyer and nation-destroyer thermonuclear bombs — won’t be far behind.

It’s a good sign that the world, including the US and Russia, seem to recognize this as evidenced by a notable absence of panic about a nuclear war in either country or in the nations of Europe where such a world-ending war would likely start. (Amazon is not experiencing a rush of orders for fallout shelters, and thankfully has no such product on offer on its website.)

Even with the Russian military quickly rolling over all of Ukraine, President Biden, whose administration stirred up this crisis by refusing to recognize Russia’s legitimate concern about an aggressive eastward spread of new anti-Russian NATO  member nations right up to Russia’s borders, continuing to insist on Ukraine’s supposed god-given right to decide to apply for NATO membership, has shown the good sense of reiterating, even confronted with an all-out Russian invasion of Ukraine, that US and NATO forces would not move to defend Ukraine militarily.

With this recognition, Russia has been effectively recognized, like the US, as an “exceptional nation” — one that can act illegally in its own interest at least within a sphere in which its military is dominant.

China is surely looking at this new “new world order” intently. It too has a very powerful military, probably at this point far more powerful than Russia’s and rivaling the US’s once unassailable military, especially within its own local region.

Should Taiwan be worried? I would say yes, indeed. The reality is that Putin’s invasion of Ukraine almost certainly was discussed and approved in advance by China’s paramount leader Xi Jinping. It is Russia’s recent treaty with China, almost a mutual assistance pact, and China’s strong economic links to Russia, that make it possible for Putin and Russia to ignore US-led sanctions. If Russia cannot sell its natural gas and oil to its main market, Europe, because of US sanctions, China will happily buy it, assuring it long-term cheap access to those critical fuel supplies.

Meanwhile, with Russia now having demonstrated that might makes right, as the US has long known, making it the basis of its own foreign policy,  China may also decide that the time is right to join as a third “exceptional nation.”

As with Russia in the case of Ukraine, the leadership in Beijing is confident that whatever agreements it has with Taiwan, the US will not go to war with China should Beijing order the Peoples Liberation Army to take over what Beijing has long considered a “renegade province” of China. My guess would be hat this would be done in stages, first with the capture of the two small offshore islands off the coast of Fujian, Quemoy nd Matsu. That would be followed by a PLA takeover of the Penghu An Islands situated midway across the Taiwan Strait between Fujian and Taiwan. At that point Taiwan would have a choice:  some kind of negotiation giving it some local autonomy while conceding its status as part of China, or an invasion.

Taiwan cannot expect to be saved by US military intervention, and trying to fight China’s military whether on its own or with US support would be a pointless and ruinous failure.

It is today a new world with a new “new world order.”  This time, instead of a “sole superpower,” we have entered  multipolar world in which military and economic might will determine what actions a powerful country can get away with. Instead of one country having all that power, there are now three countries that have it. And at least for now, clumsy foreign policy actions on the part of a string of hubristic and short-sighted US presidential administrations of both political parties beginning with the Clinton or even Carter administration, have assured that  two of those countries — Russia and China — are close partners.

It may be too late, but one can hope that faced with this likely unstable stalemate, the US will eventually concede that it is no longer “exceptional,” and will support a world order operating according to universally accepted standards defined by the United Nations and adjudicated through the World Court.  That may be a pipe-dream at this point, but the alternative is not pretty, as a tripolar world of enemy or rival states — the US, Russia and China — assert their power where they can, bumping up against each other at some point, and creating havoc and bloodshed in those unfortunate countries that happen to be in the middle of these rivalries.