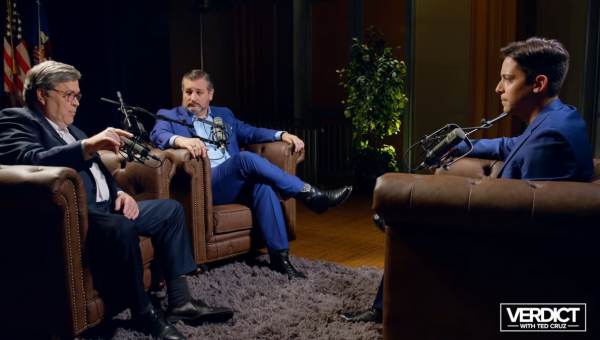 During the interview Barr told the Texas Senator that the DOJ had “scores of indictments” filed against the far left criminals who committed violence during the recent far left riots across the country.

Bill Barr added, “Obviously, we’re going to prosecute… videos of those involved in the attack on President Jackson’s statue are being reviewed.”

Attorney General William Barr said the Justice Department had “scores of indictments” filed against people who committed violence during a wave of protests across the country.

During Thursday’s episode of Texas Sen. Ted Cruz’s podcast, Verdict, which is co-hosted by conservative commentator Michael Knowles, Barr said his agency was using 35 joint terrorist task forces across the country to investigate criminal activity, which has taken place since the Memorial Day death of George Floyd, a 46-year-old black man.

“And now they are starting to go full bore, cranking out investigations, indictments against the people who are involved in this violence. So we’ve had scores of indictments already for such things as arson, destruction of federal property, things like that.And we have, right now, about 500 investigations underway,” he added.

Barr told Cruz and Knowles that groups of “provocateurs and agitators” appeared to be well-coordinated and often call upon anarchist groups to carry out violent criminal activity.