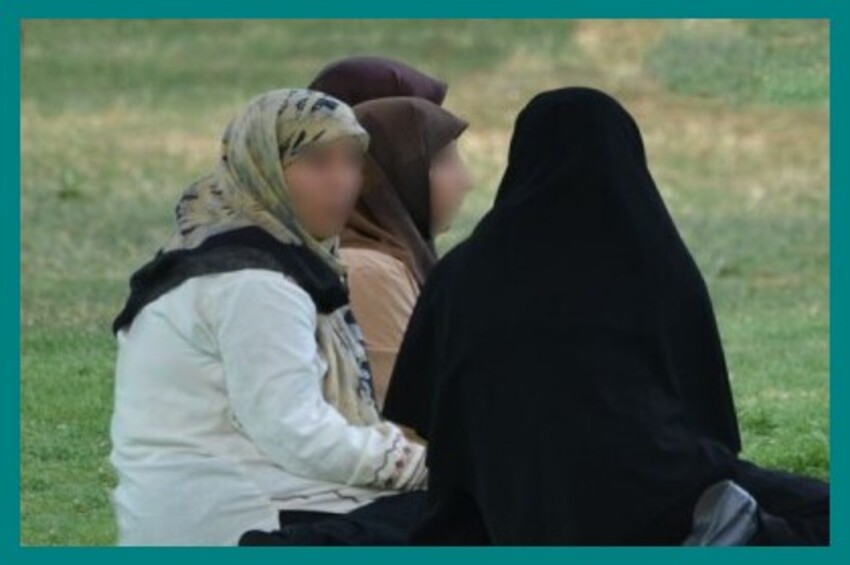 If one is in flight to escape being honor killed, what is needed to ensure a successful escape? What kind of woman, who has been raised in an honor/shame tribal culture, is likely to undertake such a dangerous and difficult journey to Western-style freedom?

A woman who has been humiliated, battered, and death threatened almost daily from childhood on; who has not been taught that she is an individual and, as such, entitled to human rights; does not believe she has an identity other than that of daughter, sister, wife, and mother – how can such a person suddenly decide that her life is worth saving and that she is entitled to both freedom and happiness?

I have been looking for such unlikely heroes ever since 2004, when I began studying the nature and prevalence of honor killings. I first wrote about honor killings and honor killing escapees in the West in 2005 in The Death of Feminism. Here are two preliminary answers.

Such a hero requires a safe place, “a room at the inn,” so to speak. A non-tribal, Western culture must be willing to consider an application for political or humanitarian asylum.

In 2007, the UK passed a strong Forced Marriage (Civil Protection) Act protecting people from being “forced to enter into marriage without their free and full consent.” But it “only applies to UK citizens,” said London-based grassroots activist Mandy Sanghera. It does not automatically serve as grounds for political asylum for someone who has fled Afghanistan, Turkey, or Pakistan. Sanghera told me that an underage “girl can be granted an Order of Protection and then still be returned to her family of origin, where she will continue to be bullied into an unwanted marriage.”

The European Parliament has included “gender” as well as “gender identity and sexual orientation” as valid grounds for “refugee resettlement.” However, the words “honor” or “honor crime” were not included. The Parliament also has labeled forced marriage a “violation of human rights and a form of gender based violence.” Denmark, Germany, Spain, Belgium, Slovakia, and the United Kingdom “criminalized” the practice. However, these directives do not seem to be legally binding, so removing girls or women from their homes and prosecuting entire families is a very difficult undertaking.

Without a uniform policy, asylum claims can be hit-or-miss. For example, Italy’s highest court ruled Jan. 22 that “people fleeing their country of origin to escape honor crimes are worthy of international protection.” The case involved a Pakistani Muslim man who had dared to have a relationship with a Muslim woman from a higher class. When their affair was discovered, she was either honor killed or forced to kill herself. Her family blamed the man, Mahmoud A., and gained tribal authorization “to vindicate her death.”

He fled before they could honor kill him. The Italian Court granted him asylum.

Benjamin Ismail, a Paris-based journalist and free speech advocate, confirmed the difficulties involved in convincing the authorities that someone is in great danger if forced to return to one’s country of origin. “Supporting documents and eyewitness testimonials” may be difficult to come by, he said, “especially in cases of forced marriage and intended honor killing victims.”

“In France, the asylum requests that have the most chance of success are those that are supported by Amnesty International or Human Rights Watch, or at least by a local women rights NGO,” Ismail said. “Sometimes, local Western embassies can also be helpful, especially for asylum seekers applying from their country of residence.”

The second requirement for a successful escape from being honor killed is something that cannot be quantified. Based on first-hand accounts provided in interviews, questionnaires, memoirs of people who have escaped and other public accounts since 2009, I must conclude that why a girl or a woman takes that first psychological step remains a mystery. But, once she decides to flee, there are some variables associated with someone who escapes and requests asylum in the West.

Successful escapees have been influenced by a Western-style education, Western books and Western films; by inspiring teachers and helpful neighbors; in some instances by American soldiers, Israeli police and physicians, Western boyfriends or fiancées, and by non-Western husbands; by a Christian religious network (for the converts to Christianity); in several cases, by Western psychotherapy; and in one instance, by a strong and loving grandmother.

As noted, all escapees whose experiences I studied were assisted by Western governments, which granted them asylum, put them into the equivalent of witness protection programs, or housed them in government-funded secular feminist shelters. In one case, the Jordanian government jailed an honor killing survivor for many years for her own protection, and then allowed her to be married off to a much older man who agreed to continue hiding her.

One woman I interviewed is an ex-Muslim and convert to Christianity. She was born in the United States but grew up in three Middle East countries. Her father routinely abused her mother, both physically and sexually, and abused the children physically and verbally. When she was 17, my interviewee was not only able to escape, but to rescue her mother and siblings when they were living in North America.

She called Child Protective Services and got an order of protection. Her father nevertheless disobeyed orders and kept tracking them down. Thus, her family had to flee their home. They lived in shelters. Her father kept finding them. He was protected by his mosque and by other Muslim taxi drivers who always helped him find his family. She tells me that “the police finally gave us cellphones without area codes.”

I asked her what gave her the strength to escape and to rescue others in her family.

“A combination of factors. Perhaps divine guidance,” she said. “That, and my maternal grandmother, a Catholic, who instilled in me that I’d have to rescue my mother, that my mother could never rescue me. My grandmother owned several businesses and had divorced two abusive husbands. I was also influenced by Western movies, especially all those which showed how a hopeless character still managed to escape and succeed.”

Since 2009, I have provided affidavits for women applying for asylum in the United States based on their credible fear that they will be honor killed. These women had fled from forced marriages or dangerously abusive families of origin; had converted from Islam to Christianity; dared to marry for love; or refused to lead tribally customary lives which included veiling and undergoing FGM. All were threatened for making these choices.

For example, a Muslim woman from Southeast Asia left a forced marriage and came to America to obtain her Ph.D. She met another student from her own country who was also a Muslim but from a different sect. Her parents threatened to kill her (or to have her killed) for choosing to marry the “wrong” man. She argued that she could not ever safely return home. Her asylum claim is pending.

Another woman, also a Muslim, secretly converted to Christianity. She had to flee immediately once her large, multi-generation family and community in Europe found out. She said that she “wanted to live her life in freedom without being afraid that my family would find me and kill me as an apostate.”

Her asylum claim was granted and she now has that freedom.

Based on my research, interviews, and affidavit work, Western governments consider the following:

Not every asylum applicant can find or afford a qualified lawyer to help prepare her for an asylum interview. She may not be able to summarize the relevant details, may suddenly weep or fall silent, begin to relive her traumas, feel she must “lie” in order to cover up her considerable embarrassment. I am not suggesting that Western immigration officials teach her to tell falsehoods, only that they bear in mind that such an interview might require some preparation. Someone needs to help her tell her story in a way that is understandable and coherent.

Women interviewers should be assigned to honor killing escapees who will be highly conflicted about discussing sexual abuse and FGM with male immigration officials. It will be hard enough for her to reveal shameful truths about her own family to a foreigner and an infidel—harder still to discuss female troubles.

Not every woman will have documents to prove how she has been threatened; how a sister might have been honor murdered; what kind of man she was forced to marry, etc. Given this, an expert on honor killing cultures might advise the immigration interviewer or judge about the likelihood that this applicant’s fears are well founded.

Terrorist organizations, including Boko Haram, the Afghan and Pakistani Taliban, ISIS, and al-Qaida strongly oppose Western education especially for women. They fear just such escapes. We are privileged to be able to offer asylum to those who have escaped such Islamist totalitarian tyrannies.

Dr. Phyllis Chesler is the author of 18 books, including “A Politically Incorrect Feminist,” “Islamic Gender Apartheid,” and “A Family Conspiracy: Honor Killing and “An American Bride in Kabul.” She is a Fellow at the Middle East Forum.