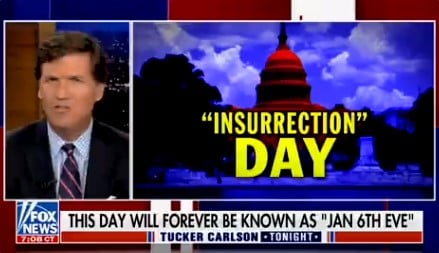 Earlier today Ted Cruz praised the US Capitol Hill Police for their actions on January 6, 2021.

The US Capitol police killed two women that day. They gunned down Ashli Babbitt in cold blood. They gassed, maced, beat and stomped on Rosanne Boyland until she was dead. We have video of both of their deaths. And the police beat the hell out of several other women and seniors that day. That shouldn’t be something we celebrate in America. Tomorrow, not a single news anchor will mention this in their coverage.

On Wednesday night Tucker Carlson took on the establishment on their lies and Ted Cruz for being their parrot.

Ted Cruz is a parrot.

Tonight at midnight, just hours from now, we will begin the first of many annual remembrances of January 6th. pic.twitter.com/EZkV7LfpHQ