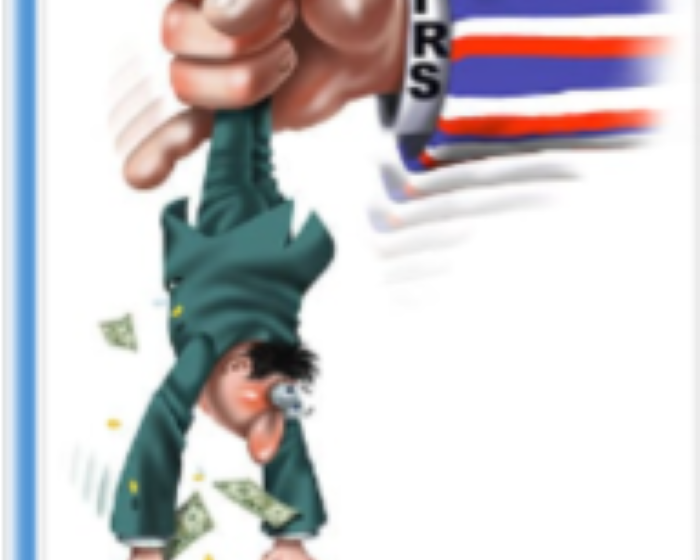 SOMEONE HAS TO PAY FOR THE MILLIONS OF ILLEGAL IMMIGRANTS

What Will 87,000 New Armed IRS Agents Mean to America?

The IRS is about to get a huge infusion of cash from a massive climate and health care spending bill passed August 12 by the House. The tax collection agency is set to receive $80 billion over the next decade to, among other things, hire 87,000 new armed agents.

The IRS requested the money to update decades-old computer systems, improve customer service (like the taxpayer phone line where 9 of 10 calls go unanswered), and work to collect the billions of dollars they say go uncollected every year.

The IRS estimates $600 billion in taxes go unpaid every year which, they claim, is owed by rich people who under-report their income.

“By beefing up the IRS’s capacity to go after wealthy tax cheats, you’re going to be able to collect at least $400 billion of that over the course of the next ten years, and I suspect substantially more,” said Natasha Sarin, at the Treasury Department.

Most of the money, though, is for stepped-up enforcement using armed agents which the IRS let slip in a Tweet before deleting it:

For this reason, as well as other reasons, bitter opposition from Republicans is being heard around the nation. The new IRS funding passed Congress along party lines, like the rest of the Inflation Reduction Act.

The fake news media of the left (such as MSNBC, “Republican Leaders Escalate Rhetoric Against New IRS Positions”) immediately jumped on Republican Senators like Ted Cruz and Chuck Grassley (R) of Iowa and Florida Governor Ron DeSantis (R) saying they were trying to incite violence against the IRS with a “right wing conspiracy theory”.

Of course a limited amount of research can call MSNBC out as the liars they are.

Case in point; Researchers at Syracuse University found 46% of IRS audits in the most recent fiscal year were aimed at people receiving the Earned Income Tax Credit.  This is a tax break specifically designed to supplement the income of low-wage workers.

But both Treasury Secretary Janet Yellen and IRS Commissioner Charles Rettig promise the additional enforcement efforts will target the wealthy, not middle-class taxpayers.

The problem the Joe Biden administration and the Democrats have, however, is a consistent and persistent abuse of power for partisan political objectives. The FBI raid on Mar-a-Lago is the most recent example as justification for the raid seemingly is unraveling real-time with each day that passes since the August 8 raid.

Another example Americans are keenly aware of is how the IRS has seemingly endlessly pursued former Republican President Donald Trump and his business through endless audits that have lasted over a decade while giving Democrats like the Reverend Al Sharpton a free pass.

In Sharpton’s case at one point in time (2014) he owed $4.7 million (according to the NY Post and NY Times). It is said that while Sharpton didn’t dispute the amount, he disagreed his speaking engagements should be taxable according to the IRS when he said they should not be. But a recent article in USA Today of 2020 reported he owed nearly $700,000 in back taxes for three for-profit businesses. Sharpton’s history with the IRS goes way back to the late ’80s.

Another hot button issue with Democrats bolstering the IRS is the logical question; What about the Biden’s?  If the Biden family is taking millions of dollars from foreign countries and laundering them through countries like Ukraine offshore, is that why these newly minted IRS agents must now be armed and willing to use deadly force?  Are they gearing up to go abroad into warzones to forensic audit people like the Biden’s?

Americans are getting pissed!  They are tired of the nonsensical acts of the Biden administration going down without explanation due to lack of questioning by the fake news media.  One example is a meme going around on social media that states:

All of this could be stopped overnight if Biden would follow the KISS principle, Keep It Simple Stupid.

Pass a “flat tax” whereby we could greatly simplify tax filings and eliminate loopholes and workarounds where everybody would be treated the same.

In the meantime we can now see new IRS agents are being prepared…  Not so much with calculators as handguns.