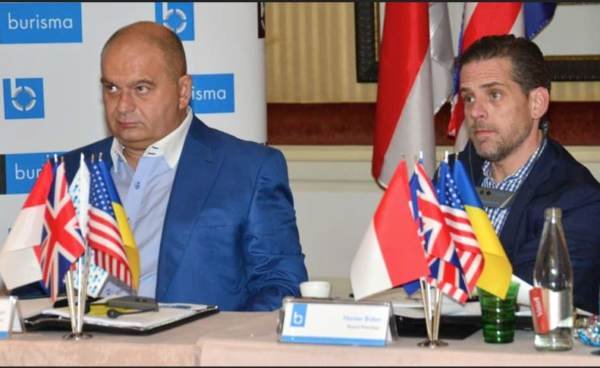 State Department documents were buried for five years and finally uncovered that show that Burisma, the company Hunter Biden was a Board member of, paid a $7 million bribe to local prosecutors investigating the Ukrainian firm’s corruption.

Just eight months after Vice President Joe Biden’s son Hunter joined the board of Burisma Holdings, U.S. officials in Kiev developed evidence that the Ukrainian gas company may have paid a $7 million bribe to the local prosecutors investigating the firm for corruption, according to interviews and State Department memos.

State officials believed the alleged bribe was paid between May and December 2014 and got confirmation from one prosecutor. They argued the bribe amounted to a “gross miscarriage of justice that undermined months of US assistance” to fight corruption in Ukraine, contemporaneous memos show.

The concerns were eventually reported to the FBI, although it is not clear whether the allegations were ever investigated more fully, according to current and former U.S. and Ukrainian government officials.

The anecdote, buried in five-year-old diplomatic files, provides a fresh illustration of the awkward, uncomfortable conflict of interest State officials perceived as they tried to fight pervasive corruption in Ukraine under Joe Biden’s leadership while the vice president’s son collected large payments as a board member for an energy firm widely viewed as corrupt.

A short time after this Joe Biden was in the Ukraine demanding that a prosecutor looking into Burisma be fired before the Obama Administration would provide the Ukraine money desperately needed to keep the country afloat.   Biden later bragged about this in a group interview:

Senator Ron Johnson wants to know what was the reason for the firing of the prosecutor in the Ukraine that Biden bragged about:

Of course everything in DC is corrupt so Senator Johnson may never get his answers, especially when considering the time delays with documentation from the corrupt US State Department.