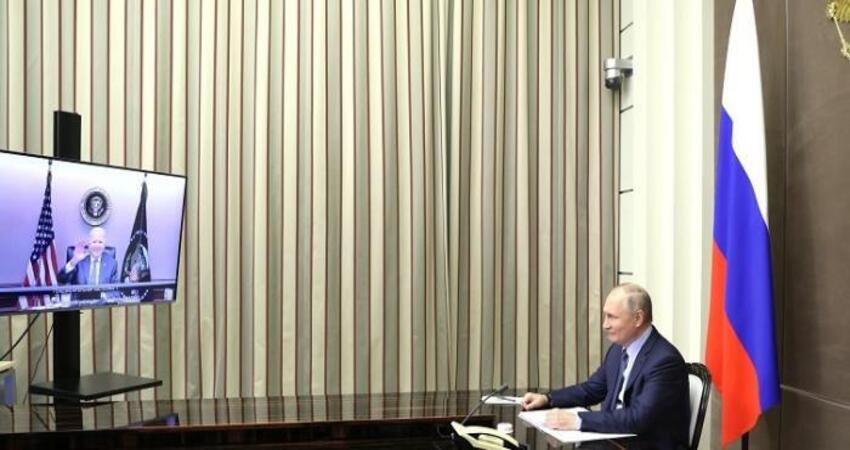 (CNSNews.com) – President Biden waived sanctions against Russia’s Nord Stream 2 pipeline to Germany earlier this year, and on Tuesday — amid a Russian military buildup near Ukraine — the Biden White House downplayed the significance of those waivers.

Some members of Congress in both parties want Biden to use the pipeline as leverage to influence Russia’s behavior regarding Ukraine.

Briefing reporters on Tuesday after President Biden’s video call with Russian President Vladimir Putin, Press Secretary Jen Psaki said there were “a lot of members on the Hill – not a lot, some, who are vocal,” who were arguing that taking “additional steps” against the Russia-to-Germany natural gas pipeline would be “the answer here.”

She referred to a point made earlier in the briefing by National Security Advisor Jake Sullivan who said that pipeline sanctions “would actually not be an effective deterrent, that that is not effectively going to change the behavior of President Putin.”

“There are some who are suggesting that this would deter, and our assessment is that it would not,” Psaki added.

Critics worry that Putin will use the pipeline as a weapon against Ukraine (which currently earns crucial revenue from E.U.-bound Russian gas transiting its territory through existing pipelines) and to increase the leverage Moscow already wields as the supplier of more than a third of Europe’s natural gas needs.

Psaki was asked if the administration has “any regrets at this point” about its controversial decision last spring to waive legally-mandated sanctions against the key players in the project.

The department justified the waivers on the grounds of “national interest,” and later argued that sanctioning the entities in question would have upset relations with Germany, an important ally.

Psaki did not directly answer the question about “regrets.” Instead she recalled that the administration concluded an arrangement with Germany last summer, designed to mitigate risks to Ukraine that could arise from Nord Stream 2, once operational.

In it, Germany undertook to take action – and to encourage Europe to take action – including sanctions, “[s]hould Russia attempt to use energy as a weapon or commit further aggressive acts against Ukraine.”

“Obviously, invading Ukraine would be an aggressive act,” she said. 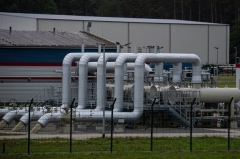 Psaki and Sullivan, who was also briefing on the Biden-Putin call, both hinted that sanctions against Nord Stream 2 were among contingency steps being discussed with E.U. allies, to be taken in the event of “a Russian military invasion of further territory of Ukraine.”

Asked if Germany has given the U.S. assurances that it would sanction the pipeline should Russia invade, Sullivan said, “the subject of the future of Nord Stream 2, in the context of an invasion of Ukraine by Russia in the coming weeks, is a topic of utmost priority. It has been discussed thoroughly. I’m going to leave it at that for today.”

Sullivan took issue with a question about Republican lawmakers viewing Biden as “too weak with Mr. Putin” due in part to the waived sanctions.

“Indeed, it is leverage for the West, because if Vladimir Putin wants to see gas flow through that pipeline, he may not want to take the risk of invading Ukraine.”

(The pipeline is complete, but Germany’s energy regulator is considering its license application.)

Some – including Ukrainian President Volodymyr Zelensky – have argued that Russia has already sought to “use energy as a weapon” in recent months, yet neither Germany nor the U.S. has not taken action.

A reporter told Psaki that some on the Hill pointed to Russia “coercing and manipulating countries in Europe over the course of the summer” and “taking advantage of the energy crisis.”

“And Biden and [German Chancellor Angela] Merkel promised sanctions if those events were to transpire. Does the White House believe that what we’ve seen up until now is not Russia using gas as a geopolitical weapon?”

“I think what we’re talking about here and what we’re trying to achieve here is a deterrence of actions that would be detrimental and, of course, hurt the territorial sovereignty and integrity of Ukraine,” Psaki said.

Sen. Ted Cruz (R-Texas), among the most “vocal” of the members on the Hill referred to by Psaki, has been holding up confirmation of State Department nominees for months to protest its approach to Nord Stream 2.

He did so on the Senate floor again on Tuesday – this time objecting to the nomination of Rufus Gifford as the department’s chief of protocol – and once again slammed the administration and Senate Democrats over the pipeline.

Cruz recalled that work on the pipeline had ceased on the very day President Trump signed into law bipartisan legislation mandating sanctions against it. It only resumed after Biden took office, he said.

(According to a German report citing a project spokesman work actually resumed the previous month, but after the 2020 presidential election.)

“For two years we had bipartisan agreement to stop Nord Stream 2, and we succeeded,” Cruz said. “And when there was a Republican president in office, Donald Trump, I and other Republicans were perfectly willing to hold President Trump to account, to press him to stand up against Nord Stream 2 – and he did.”

Cruz said the decision to waive sanctions on the pipeline gave Putin “a multibillion dollar gift for generations to come” and “set the stage for the invasion of Ukraine by Russia.”

“A lot of discussion about Joe Biden having a phone call with Putin today. Well, that phone call is real nice, but it’s not going to stop an invasion. I’ll tell what you will stop an invasion: Joe Biden could stop the invasion today by simply following the law and sanctioning Nord Stream 2.”

Sen. Ben Cardin (D-Md.), a member of the Foreign Relations Committee, said on Tuesday: “I think the Nord Stream pipeline, Nord Stream 2, is clearly to our advantage to stop that from happening, and it certainly hurts Russia, and that needs to be on the table. No question about it,” the Democrat said.

Cardin said if Russia does invade Ukraine,”we would have Germany’s support in regards to a policy that would deny the use of Nord Stream 2.”