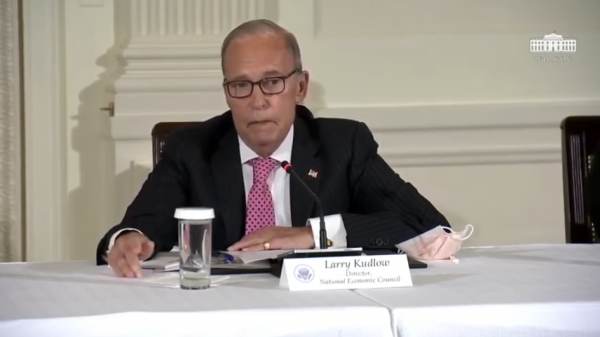 Larry Kudlow gave an emotional speech this week about the hopelessness of his addiction to alcohol and drugs and his recovery coming from God’s grace.

Kudlow on Thursday said that he celebrated 25 years sober in July. He said that it would have been “unthinkable” that he would be able to occupy his current position, “the greatest honor of my professional life,” 25 years ago.

“I was a hopeless abuser of alcohol and drugs. I had tried several times unsuccessfully to get sober,” the economic adviser continued. “Like a lot of my peers and friends, I went through bloody hell and suffered significant consequences. I was unemployable.”

He said that “by the grace of God” his wife stayed with him and he was eventually able to get sober.

“I believe sincerely today it was the best thing that ever happened to me. It forced me to change, seek a new path, return to faith,” Kudlow said. He said that he learned God “could and would” help him beat his addiction to drugs and alcohol.

God bless Larry Kudlow.  Another one blessed as he trudges this road of happy destiny.