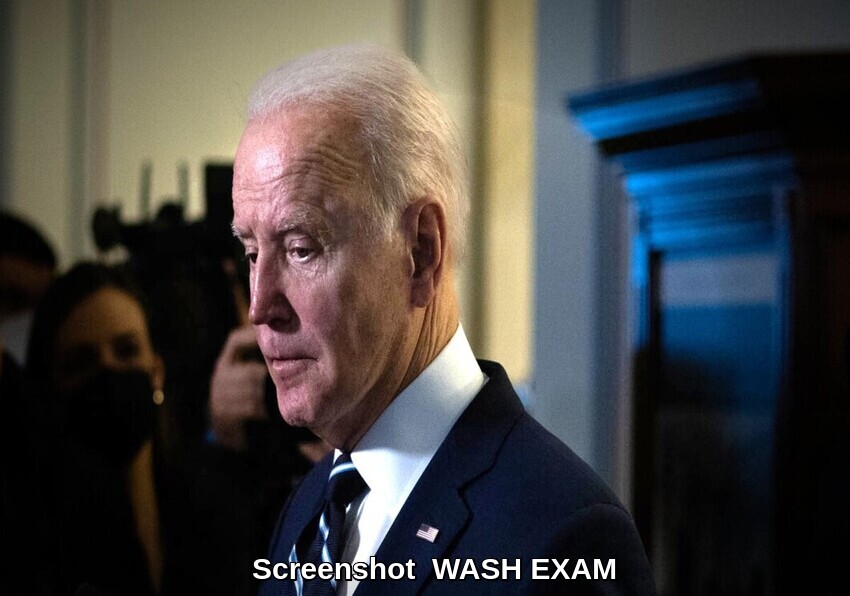 This week’s White House Report Card finds President Joe Biden and his agenda stalled out, leaving him little to brag about on his one-year anniversary Thursday.

The biggest events of the week look like former President Donald Trump wrote them: a 33% approval rating, a sloppy voting rights speech that insulted even Democrats, surging inflation, the Supreme Court’s rejection of his vaccination mandate, a refusal by two senators in his own party to lend a hand, and awkward silence from his vice president about who will be on the 2024 ticket.

Not surprisingly, conservative grader Jed Babbin handed the president an “F.” Even Democratic pollster John Zogby couldn’t look away from the car wreck of a week and graded a D-, noting that only Prince Andrew had a worse week.

Blocked on every side by courts, Republicans, two members of his party, and public opinion, Biden suffered a terrible week.

The omicron variant has spread to record levels, as have hospitalizations. Tests that have been promised were not even shipped yet. The Supreme Court struck down the president’s vaccine mandate for large companies. Inflation is at its highest level in decades and is now the top issue in voters’ minds. Worker shortages and a few major strikes are slowing any possible progress on the economic front. And the president’s full-court press on voting rights legislation has been stopped in its tracks by two Democrats in the Senate who have been thorns in his side all year.

Biden is being criticized from both his left and right. On the left, Sen. Bernie Sanders accused Biden of abandoning the working class, and Georgia gubernatorial candidate Stacy Abrams refused to attend the president’s voting rights speech in Atlanta. To his right, Democratic Sens. Joe Manchin and Kyrsten Sinema refused to shelve the filibuster to enable Biden’s voting rights push.

At least the president could take comfort that someone else had a worse one: Prince Andrew.

When Vice President Kamala Harris said ,“I fully appreciate that there is a level of malaise,” she must have been referring to how Biden and the rest of the administration are feeling these days.

Biden made a speech to an Atlanta group in which he claimed he had been arrested trying to see Nelson Mandela decades ago. The claim, long since disproved, was widely mocked. Even the Washington Post, usually part of Biden’s amen chorus, found its fact-checker giving him four “Pinocchios,” its rating for the biggest lies.

Then there was Biden’s speech boosting his “voting rights” bill. In his speech, Biden said that anyone who opposed him was much the same as historical figures including 1960s segregationists Alabama Gov. George Wallace, Birmingham Sheriff Bull Connor, and Jefferson Davis, the president of the Confederacy. All of the three were Democrats.

The speech was shameful, beneath any president. And it failed to have the desired effect. Biden wanted the Senate to change its rules to eliminate the filibuster so that his voting bill could be passed with a simple majority vote. But both Sens. Kyrsten Sinema and Joe Manchin said they wouldn’t vote to end the filibuster. That killed Biden’s bill for at least the year.

And then, there was the revelation about the National School Boards Association letter complaining that parents were acting like domestic terrorists in speaking out at school board meetings. That was the letter used by Attorney General Merrick Garland to sic the FBI on parents who object to their children being taught critical race theory. It turns out that the NSBA letter was personally requested by Education Secretary Miguel Cardona. In short, it was a political scam. Garland should, but won’t, cancel his order to the FBI. It’s another major abuse of power by the administration.

Meanwhile, inflation is at its highest point in 40 years, the border remains open, and the U.S. civilians left behind in Afghanistan are forgotten. And oh, by the way, Russia’s Vladimir Putin is threatening war over NATO’s 1990s expansion and Ukraine. It’s obviously more than Slow Joe can keep up with.

In the middle of all this, the Supreme Court smacked down Biden’s vaccine mandate for large businesses.

This is another week in which if there were a grade lower than “F” to give, Biden & Co. would have earned it. Malaise? You can find it in the White House and too many other places. It’s not an accident that because of the shortages of groceries and other necessities caused by the supply chain mess, #EmptyShelvesBiden has become a popular meme.

John Zogby is the founder of the Zogby Poll and senior partner at John Zogby Strategies. His weekly podcast with son and partner Jeremy Zogby can be heard here. Follow him on Twitter @ZogbyStrategies

Jed Babbin is a Washington Examiner contributor and former deputy undersecretary of defense in the administration of former President George H.W. Bush. Follow him on Twitter @jedbabbin