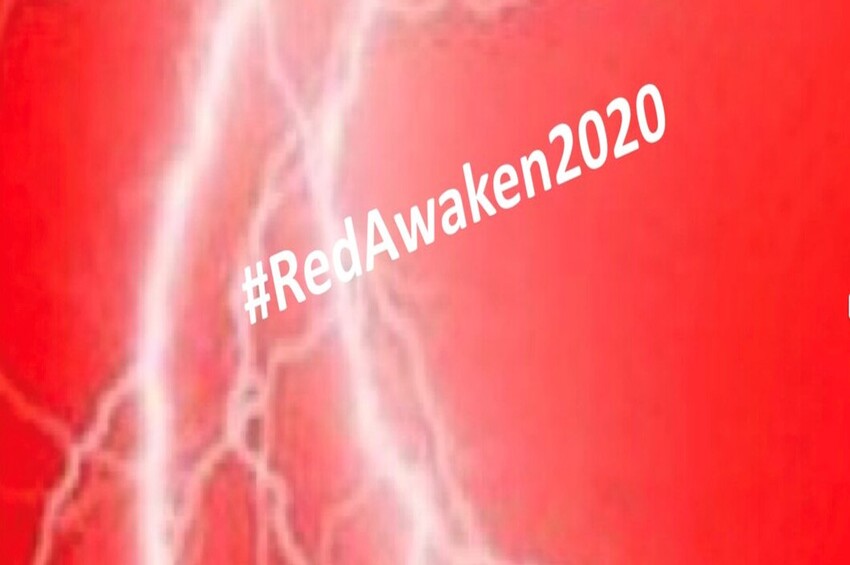 Let me begin by introducing myself and my partner. On Twitter I am  @TheSheilaG2020. My partner on Twitter is @Electra661

Let me begin by introducing myself and my partner. On Twitter I am  @TheSheilaG2020. My partner on Twitter is @Electra661

We are volunteers just like most conservatives on Twitter. I am retired and  Electra works while managing to put her soul and endless energy into supporting the President. Our meme maker is Julia and she is  @lastnamefree on Twitter. Not only does she make our memes, she helps vet candidates. And, she works hard supporting the Giant Slayers group who is taking on the left’s Sleeping Giants group. Julia does this while working as well. We have Jim @whilelooping who works fulltime and uses his IT skills after a full days work and his weekends to design, develop and maintain our KAGinfo.org campaign guide. We would not have this great guide without him.  We have a great group of tweet creators for our candidates and tweeters who retweet the message. Each and everyone of us are unpaid volunteers.  We each belong to other tweet groups as well. But Jointly, we  have a group called RedAwaken2020. This is what we are about…

We are  here just like you to get the President re-elected and to get a congress elected that supports him. Most all of us share this view and agree that we cannot go another 4 years with a congress comprised of Never Trumpers and RINOs.

We have many many fine conservative groups who are doing the same thing we are doing.  There is power in numbers. The Democrats know they do not have the people to out vote our base. That is why they are frantically trying to impeach our President. They believe if they are successful we won’t go to the polls and they win. If there was ever a time for us to all be together it is now. It’s fun and motivating to see so many of us on the same page with each other.

The 2020 election is the first election that we have seen an unprecedented number of new candidates step up and so willing to serve our country. We are so fortunate to be in that position. In building our plan for RedAwaken2020 we agreed to  our purpose, our boundaries and our goal.

Our purpose was to make Red Awaken a trusted source to announce new candidates to our fellow conservatives. Our goal was to let you know you had choices. We agreed we wouldn’t tell anyone who to vote for but rather who you have available to vote for. We firmly believe it is up to the people of each state to select their senator and representatives – not us.

As I said earlier, we want to be a trusted source.  We then defined what it would take to achieve that. We decided upon a vetting process.

us if the candidate has been or is being removed by the FEC or the state. If they are, their name has a strike through it and there may or not be a reason.

They could be a socialist running on a Republican ticket and yes we have found that. They could be a never Trumper and we don’t need that ever again!

We firmly believe that any information we have that would help an individual or room owners or room leaders will be theirs simply by asking. We firmly believe this is not the time for any of us to be territorial about what we have developed or do. This is a time we need to come together and help and support each other. Freely sharing our  information, what we have learned and what we know is important to get the wins for the right candidates.

Some of you may be familiar with KAGinfo.org resource. That’s us. Jim @whilelooping is who designed, built and programmed this resource for all of us and you.  It is a team effort. Every week, we go through all 50 states looking for changes and updates. They go on a spreadsheet and Jim diligently updates the data.  The spreadsheet is always updated first. We are in process now of adding approximately 250+ candidates – incumbents and new candidates into the data base.

For those of you who haven’t seen or viewed KAG Campaign Info  I will show you examples of it at the end of this article.

We are like many of you –  we have  candidates in our rooms. We don’t care if our candidates join other rooms. They need all of us to help them get elected. Our candidates have taught us and we have taught them. Here are some of the things we have learned.

About The GOP (national and state) in general

In addition to the President performing his presidential duties he has taken the responsibility of mobilizing people with his rallies. We, on social media have taken that responsibility on ourselves. By virtue of our tweets, Facebook posts, Instagram and so on we have found each other. We know what we have in common – we want the President re-elected and and we want a congress that supports him and the will of the people who elected him.

We network among each other. What we want from our government is pretty much universal among us. The Democrats are imploding while trying to develop platforms that appeal to the different factions that make up their base. The problem is that each faction believes their issue is the most important. Their candidates pander to each group and they have no single group that begins to match the number of middle class who support Donald Trump.

However, including platforms and issues on websites is a must. Without knowing that critical piece of information, they will not draw attention from users of social media. If I don’t know what they are about I just blow right past them. I want to know who and what I am voting for.

We, at RedAwaken send new candidates that don’t have this information on their website emails, tweets, DMs suggesting they add it. We tell them we would like to support them but can’t until we have this information. We also include a letter containing what information makes an effective website. We have some candidates respond and say thank you and update their sites.   However, there are quite a few who don’t have anyway to contact them.

We have identified some critical things that are occurring that everyone should be aware of. These are things that can impact who we put in office.

New candidates are self funded and rely upon us to help fund their campaign through the primary and for the winner to get them through the election. Some are facing critical decisions now and in the immediate future – to weather the storm or to pull out of the race because they can no longer afford it. Many fund their campaign by borrowing money and refinancing their homes. Thus far, we have lost approximately 9-10 for this reason that we know of. There could be more that we don’t know about. But, we do know there will be many more in the immediate future. When they leave that impacts our choices. Equally important to understand is that we are the only people that can drain the swamp of elected officials. The President is doing his part of dumping the appointed beasts but he can’t touch the elected ones!

Please please think about this. New candidates are running against rich career politicians – whether it’s a RINO or a democrat. How can they possibly compete with that without our help?

Please take the time now to look at your choices now and open your hearts and wallets to help them. If you want to ensure your candidate receives your full donation, contribute directly to their campaign. It is a-ok to donate to the RNC but know that new candidates will not receive any portion of your donation. Please know that waiting until the primary or the general election is just too late.

Lastly, and this almost makes me ill, we have RINOS running unopposed. That means we MUST vote for them to hold the seat.  We absolutely must keep these seats.

Together, we can get our President re-elected and take back both the house and senate! Thank you for reading this. We hope you find this useful. And, please if you have questions or want any of our information just ask. You can send a DM or email us at [email protected]

Conservative Senators and Representatives based upon if they voted

with the liberals or the conservatives!