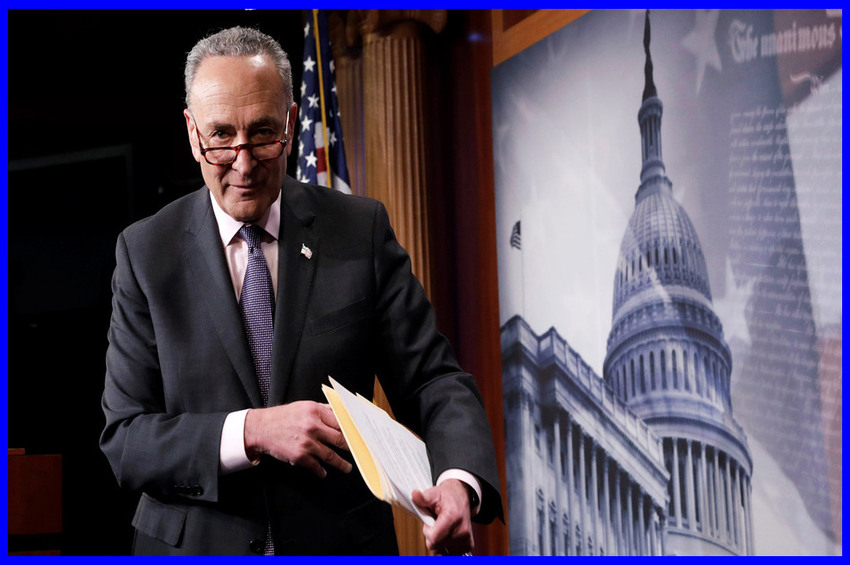 They believe that unwanted human beings have no moral status, even after birth

Amoral catastrophe unfolded on the floor of the U.S. Senate on Monday. Forty-four Democratic senators voted against legislation that would have required doctors to give the same care to infants who survive abortion procedures that they would give to any other infant.

One after another, Democratic senators took to the floor to smear the bill as an attack on women’s health care, a baseless criticism that they failed to substantiate. In the process, they revealed their belief that allowing unwanted infants to perish after birth constitutes a form of women’s health care.

Senator Ben Sasse (R., Neb.) reintroduced his Born-Alive Abortion Survivors Protection Act in direct response to Virginia governor Ralph Northam’s endorsement of permitting mothers and doctors to let infants die of neglect. “The infant would be delivered,” Northam said, explaining a hypothetical case in which a woman in labor wanted an abortion. “The infant would be kept comfortable. The infant would be resuscitated if that’s what the mother and the family desired, and then a discussion would ensue between the physicians and the mother.”

This “discussion” is what Democrats voted on Monday to preserve — a discussion not about health-care options for women but about whether or not to extend health care of any kind to newborn infants. With their votes and their speeches, 44 U.S. senators embraced Ralph Northam’s position, which, despite attempting to clarify, he has never retracted.

“I want to ask each and every one of my colleagues whether or not we’re okay with infanticide,” Sasse said at the start of floor debate on Monday. “This language is blunt. I recognize that. It is too blunt for many people in this body. But frankly, that is what we’re talking about here today. Infanticide is what [the bill] is actually about.”

Though Sasse’s bill failed to pass, it succeeded in forcing Democrats to take a stance on infanticide, and though they refused to do so explicitly, the reality of their disgraceful position was abundantly clear.

During floor debate, Senator Tina Smith (D., Minn.) said that the bill “puts Congress in the middle of the important medical decisions that patients and doctors should make together without political interference.”

Democratic senator Mazie Hirono of Hawaii said it represents the idea that “the moral judgment of right-wing politicians in Washington, D.C., should supersede a medical professional’s judgment and a woman’s decision.”

“It makes no sense for Washington politicians who know nothing about these individual circumstances to say they know better than the doctors, patients, the family,” said Senate minority leader Chuck Schumer (D., N.Y.). “The bill is solely meant to intimidate doctors and restrict patients’ access to care and has nothing, nothing, nothing to do with protecting children.”

“This is how our medical system is supposed to work,” Smith added later in her remarks. “Physicians and patients making decisions together based on patients’ individual needs.”

Democratic senator Tammy Duckworth of Illinois labeled the bill an effort to “bully doctors out of giving reproductive care.” And Jeanne Shaheen (D., N.H.) said the legislation “would interfere with the doctor–patient relationship and impose new obstacles to a woman’s constitutionally protected right to make her own decisions about her reproductive health.”

“Conservative politicians should not be telling doctors how they should care for their patients,” Hirono said. “Instead, women, in consultation with their families and doctors, are in the best position to determine their best course of care.”

All of these statements take as their premise a fundamental lie about the legislation. No part of the born-alive bill limits abortion access or regulates abortion methods in any way. It involves abortions only to the extent that the infants in question survived them. Nor does the bill mandate any particular kind of care for these infants; it merely requires that these nearly aborted newborns be afforded “the same degree” of care that “any other child born alive at the same gestational age” would receive.

But these statements from Democrats are more than mere falsehoods. They expose a sinister reality: There is no daylight between their argument and that of Ralph Northam. They have admitted that they believe that denying medical care to infants can constitute legitimate women’s health care, classified under the untouchable umbrella of “reproductive rights.”

That was the ultimate triumph of the attempt to pass the born-alive bill. Though Democrats managed to block the legislation, it forced the moral equivocators of the Democratic party to step out from behind their smokescreens. It demanded that they put their name to a vote permitting doctors to turn a blind eye to dying babies. It compelled them to defend Ralph Northam’s indefensible comments.

This — and not because it would impede women’s “reproductive rights” — is why Democrats were so afraid of Ben Sasse’s bill. They knew that nothing in the text restricts access to abortion. But they knew, too, that it would expose them.

To support the bill would betray a logical and philosophical inconsistency — Democrats would affirm the dignity and rights of a newborn infant, even as they dehumanize that same life, at the same stage of development, inside its mother’s womb. To oppose the bill would reveal the ghastly, consistent principle of the abortion-rights movement — that a child’s rights depend not on her size or location, but on whether she is wanted by her mother.