Gen Z is an Contributor for Conservative Choice Campaign.com 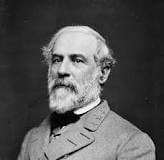 Introduction:Due to all of the controversy surrounding Robert E. Lee over the past few years, I thought it would be good to write about why we remember Lee and why it is important to remember Lee the general in addition to Lee the scholar.

Current politically correct orthodoxy would have you believe that General Lee was evil. That he was man only worth remembering as an evil figure, or perhaps a tragically misguided figure at best. I think that view represents a gross misunderstanding of history and I am sure many others  would agree.

Up until a few short years ago, Lee was heralded as a paragon of virtue. While growing up, I was taught that he and Washington were the two best examples of Southern gentlemen to have lived. Based on everything I’ve read about them, I’m inclined to agree.

Both men selflessly served their homeland, always acted honorably, and led with dignity. Books such as Lee’s Lieutenants are a testament to that. However, Lee’s reputation has recently been attacked by those who are either ignorant of why General Lee is a hero or seek to tarnish a cultural icon as part of the never ending “War on the South.” For the remainder of this article, I will remind you why General Lee is a hero worth remembering.

The War on the South

There is a  “War on the South” that is happening across America. Statues of southern icons have been torn down or vandalized by mobs and the mobs have gone unpunished. Schools have erased any connection they might have with Lee or other former Confederate generals. History books mainly teach the bad aspects of Lee, such as his slave-ownership, rather than a balanced look at his positive character traits and character flaws. Why has that happened?

It has happened because of ignorance and acrimony. Many of our friends on the left are unhappy at the notion that there could be heroes that don’t fit with their worldview. Because of that unhappiness, they have tried to erase any connection to General Lee, or even other American heroes such as Thomas Jefferson.

Al Sharpton, for example, wants to get rid of the Jefferson Memorial. Activists and agitators such as Mr. Sharpton seek to erase the parts of the past that they don’t like. While it is an important and good act to critically examine historical figures so that both their virtues and vices can be understood, renaming buildings named after Lee and tearing down statures depicting him is not a critical examination.

On the contrary, it is erasing history and eliminating the chance of a thorough and balanced understanding of him. It shows a gross misunderstanding of Lee’s character and what he stood for.

Lee was well-regarded by his peers because of his actions on and off the field of battle. He was an excellent military leader, as shown by his tactical brilliance in the Seven Days Battles and the Battle of Chancellorsville.

He was an honorable West Point cadet that graduated near the top of his class. He rebuilt Washington and Lee after the war. In short, Lee was an honorable and distinguished man in his military and civilian careers.  However, his military service is no longer recognized or honored, despite many of the funds for that restoration coming because of Lee’s record as a military commander.

General Lee served with distinction and courage in both the US Army and in his capacity as the commanding general of the Army of Northern Virginia. We should remember that selfless service. It would be instrumental in teaching current generations about how to live honorably and how to always do one’s duty. There is no historical figure better than General Lee, perhaps other than George Washington, from whom to learn those virtues. 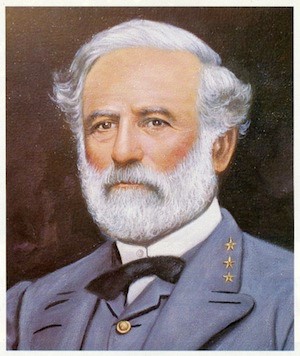 Many of the more emphatic members of the modern left would have us ignore or even look down upon that service because they disagree with one or two aspects of Lee’s life.

Slavery was a great evil. The Confederacy was not the right cause. Because his legacy is being erased, many people forget that Lee hated the institution of slavery, hoped to free his wife’s slaves, and didn’t agree with secession. While his recognition that slavery was evil doesn’t excuse him for participating in that evil, his thoughts on the subject should be remembered and used to better understand his inner thoughts and character.

Those who forget what General Lee said about slavery and secession base their entire estimation of Lee’s character on just a few details in his life. While those details are certainly important, they do not define his character.

Instead of trying to understand Lee through a limited number of his actions, I think he should be examined holistically. Through a holistic examination of General Lee, we can all gain a better understanding of both his virtues and vices. I think that examination would show that he was a great and honorable man.

Similarly, Lee viewed his service in the Army of Northern Virginia as his duty, and Lee referred to duty as “the most sublime word in the English language.”

The Union Army assembled by President Lincoln was viewed as a force for tyranny by many in the South. It was the largest American army ever assembled and was being sent to fight states that General Lee thought it was his duty to defend his home state from such tyranny, so he turned down an offer to command the Union Army and instead fought to defend his state.

Despite his serious misgivings about the war, General Lee decided to do what he thought was his duty and fight for a cause he didn’t entirely believe in or support. That should be remembered by all generations. There are many lessons to learn from it about integrity, character, and duty.

Lee was a nuanced and complex man. He had faults, as we all do. However, he also had an incredible sense of honor and duty, and he continued to selflessly follow his sense of duty. Lee lost a great deal by fighting for the South in the Civil War. One of the most obvious examples is that he lost his family home in Arlington because of his service to the Confederacy.

However, if we allow General Lee’s legacy to be erased, we will lose an important example of duty and honor. He is a paragon of those virtues and a vital part of their legacy, but his example will be forgotten if we hide all references to General Lee. Lee is the man who lost almost everything in the name of duty and was proud to do so because of his beliefs. That lesson will soon be forgotten if his memory is destroyed or vilified by the culture-warriors who seek to erase every building named after him and hide every portrait of him in military attire. We cannot allow that to happen. 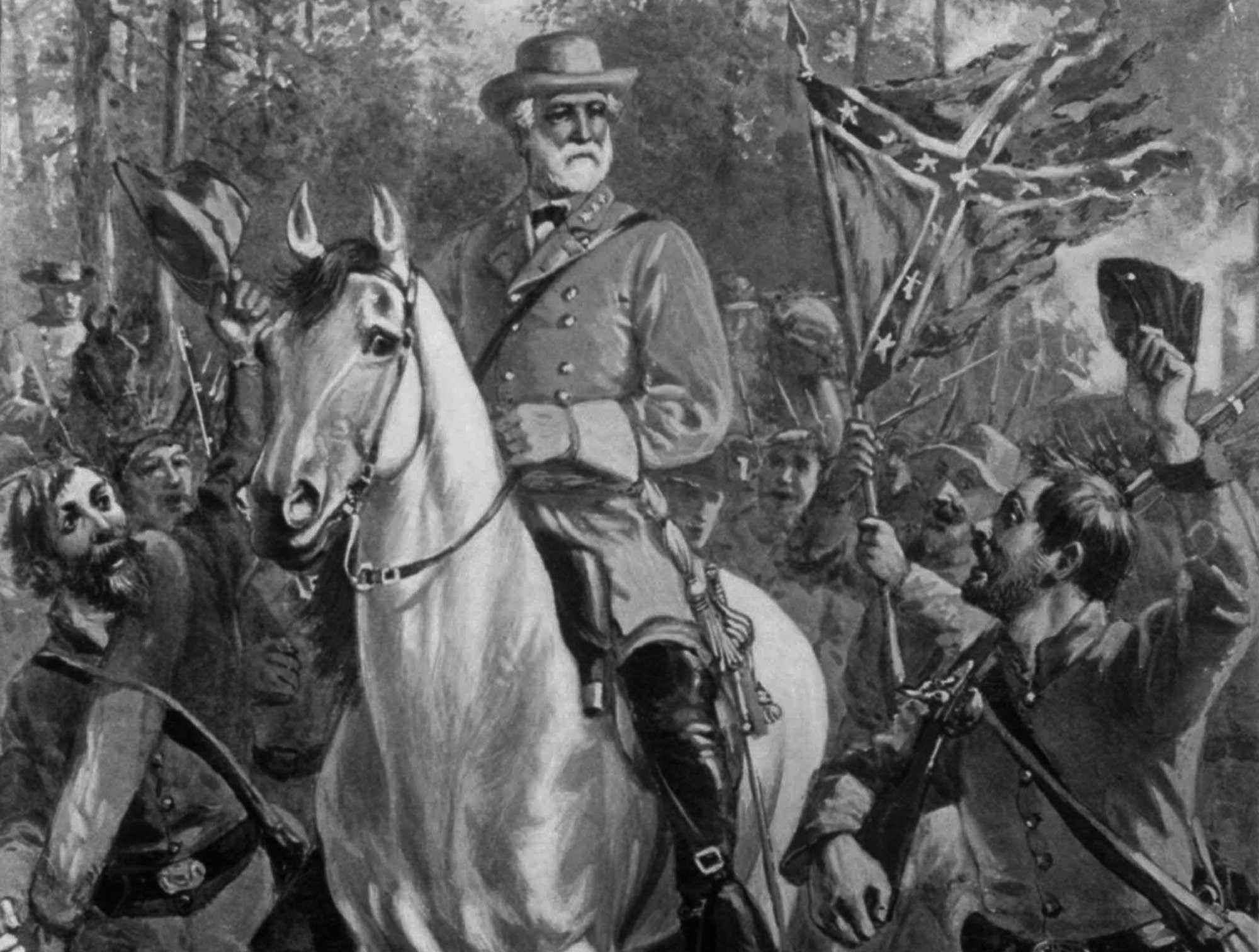 Churchill remarked that “Lee was the noblest American who had ever lived and one of the greatest commanders known to the annals of war.” Similarly, Eisenhower, when asked why he kept a picture of Lee in the Oval Office, said this:

“General Robert E. Lee was, in my estimation, one of the supremely gifted men produced by our Nation. He believed unswervingly in the Constitutional validity of his cause which until 1865 was still an arguable question in America; he was a poised and inspiring leader, true to the high trust reposed in him by millions of his fellow citizens; he was thoughtful yet demanding of his officers and men, forbearing with captured enemies but ingenious, unrelenting and personally courageous in battle, and never disheartened by a reverse or obstacle. Through all his many trials, he remained selfless almost to a fault and unfailing in his faith in God. Taken altogether, he was noble as a leader and as a man, and unsullied as I read the pages of our history.

From deep conviction, I simply say this: a nation of men of Lee’s calibre would be unconquerable in spirit and soul. Indeed, to the degree that present-day American youth will strive to emulate his rare qualities, including his devotion to this land as revealed in his painstaking efforts to help heal the Nation’s wounds once the bitter struggle was over, we, in our own time of danger in a divided world, will be strengthened and our love of freedom sustained.

Such are the reasons that I proudly display the picture of this great American on my office wall.” 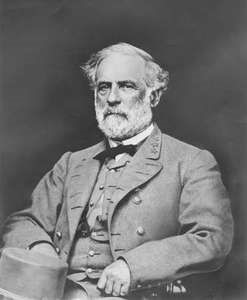 Few other men have received such praise from other world leaders. Eisenhower and Churchill beat back the Nazis. They understood evil. They did not think of Lee as an evil man, or even someone who they should be wary of honoring. Although flawed and a product of his time, General Lee was a good man. That should be remembered by all. I hope you enjoyed this article on why we remember Lee; he was a truly great man.

By: Gen Z Conservative, author of the blog www.genzconservative.com