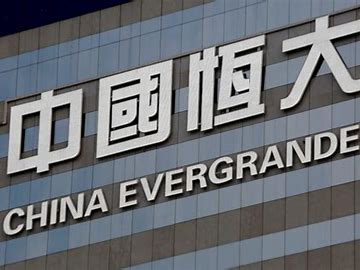 Evergrande must meet the test today – will it make some payments or slip closer to default?

We first reported on the news of the real estate giant in Hong Kong with loans in China a couple weeks ago.

Evergrande is due to pay $83.5 million worth of interest on a dollar-denominated bond on Thursday, according to data from Refinitiv. It’s not clear yet whether the company will make that payment.Investors have already been rattled by the risk that one of China’s biggest developers could collapse, sending shockwaves through the world’s second biggest economy.

The company is also scheduled to pay interest on a yuan bond due the same day, though it has already reached an agreement with bondholders on that payment, according to a stock exchange filing from Evergrande on Wednesday.

Even if Evergrande doesn’t makethe $83.5 million payment immediately, it may still have some time. The company has a 30-day grace period before “officially defaulting,” wrote Jeffrey Halley, senior market analyst for Asia Pacific at Oanda, in a research note this week.

But any missed deadline will fuel investor anxiety over the viability of the company.

Evergrande is stumbling under $300 billion worth of debt, which is widely held by Chinese financial institutions, retail investors, home buyers and its suppliers in construction, materials and design industries. Foreign investors also hold some of its debt. Over the last few weeks, the company warned investors twice that it could default if it’s unable to raise money quickly.

All indications are that the monster firm will soon not make its payments.  One such indication is that it has been forcing staff for months to take short-term loans to help bail out the entity.

#Evergrande’s funding channels started drying up well before last wk…The co started forcing staff to help bail it out via short-term loans last April…70-80% of employees across #China were asked to put up money used to help fund Evergrande ops”https://t.co/dh0c2468fc

Today will be another day in the collapse of Evergrande and in turn the China real estate market.  This is not looking good.