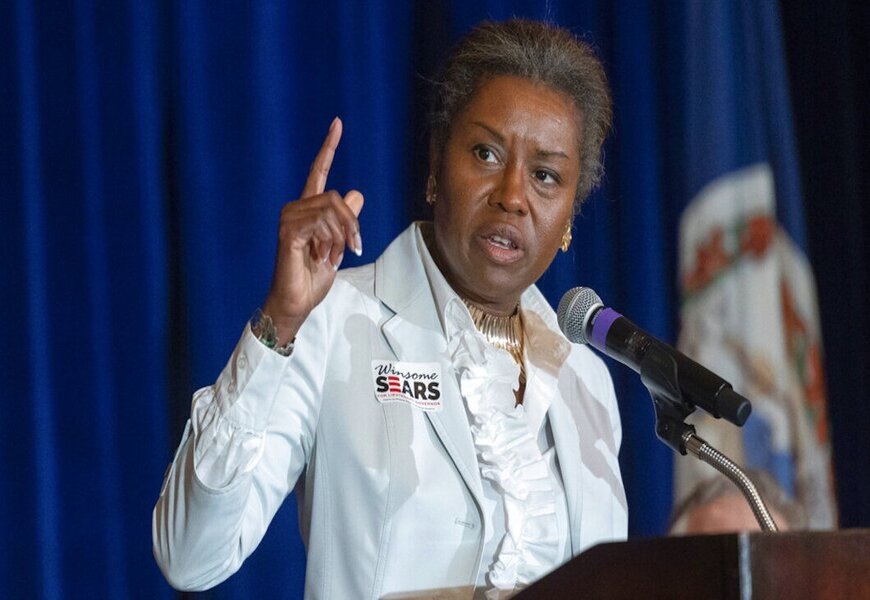 STAND WITH HER A TRUE PATRIOT

Sears lambasted CRT on CNN’s State of the Union, emphasizing the importance of teaching children “the good, the bad, and the ugly” of American history.

“You oppose critical race theory being taught in schools, which I should say is not part of Virginia’s curriculum,” CNN host Dana Bash told Sears.”You did say, though, that the good and the bad of American history should be taught, and we should also tell viewers that you’re the former vice president of the Virginia Board of Education.”

“Explain how you think race should be taught in Virginia public schools,” Bash asked.

Sears disagreed with the notion that CRT is not part of Virginia’s curriculum.

Sears went on to express the importance of teaching a well-rounded version of American history that shows the good and the bad of the past.

“What governor-elect Youngkin has said is that all of history must be taught, the good, the bad, and the ugly,” Sears continued.

Sears listed some historical examples of black people’s success in history, saying that Americans should try to “emulate that.”