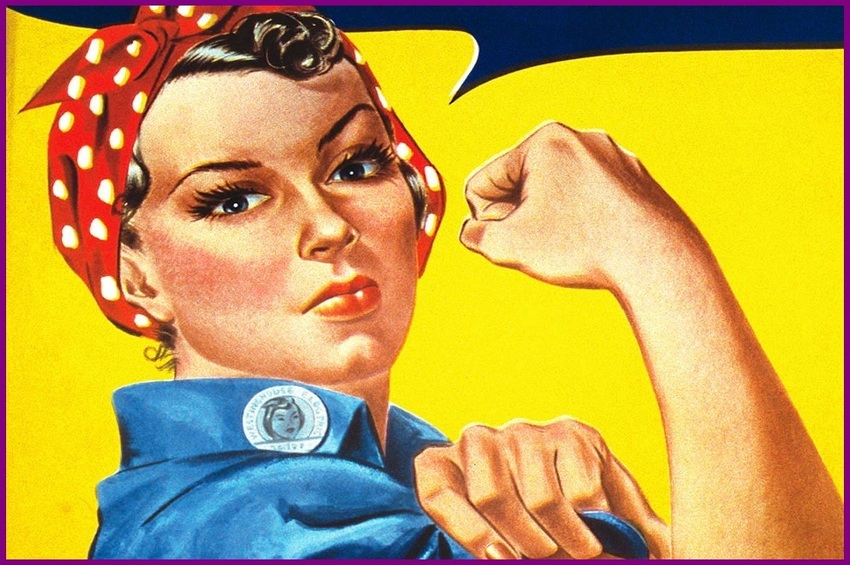 Axios – There are more women on American payrolls than men as of the latest U.S. jobs report.

The data reflects a hiring boom in industries that are female-dominated, while sectors that are more likely to employ men remain less so in total job gains. The last time women overtook men in payrolls was “during a stretch between June 2009 and April 2010,” according to the Wall Street Journal. But this was because men were laid-off at the time. This time it is different – it is a result of a positive event, not a negative one.  Women are powering the U.S. economy forward, despite us being told that Trump is somehow against women. See the inset chart below.

The critics keep saying that the U.S. is overdue for a recession, but the Trump economy keeps humming along with continued low unemployment – including low black unemployment. Black Americans are prospering in a way that we never have before. A record number of all Americans – over 158.8 million are employed.

Overall the U.S. economy added 145,000 jobs in December, though moderately below low some economists’ expectations of 160,000. The U.S. economy has added jobs for 10 years, the longest stretch of hiring “in 80 years of data,” according to the Wall Street Journal. The unemployment rate held at 3.5% – a 50-year low – while wages grew 2.9% from a year earlier. With around a 2% inflation rate, this means people are truly getting ahead.

For example, in the St Louis area, unemployment had reached a staggering 24%. Today, it is around 9%. To what do we attribute this? Could it be the government getting out of the way of private-sector growth? Could it be the right policies that inspire growth and opportunity? Is it a revitalization of the American Dream? The answer is yes. Why would anyone want to depart from theses success and opt for socialistic envy politics of the Democrats?

The future? Typically employment data is a backward-looking indicator. At RFSO, we link to look at PMIs, as it is a forward-looking looking indicator. Though the U.S. employment data is good, there is one worry we should note – the rest of the world. Specifically Europe. Open the inset chart and take a world global tour of the world’s PMI data that was released at the start of January of 2020.

It is a tale of two economies – the U.S. Trump economy being the benefactor. UK, Canada, Russia, and even the global PMIs are point down. RFSO’s belief is that it is the socialist policies that are the source cause of this negativity abroad. But it is theirs to sort out. The worry is of a contagion effect, though through Trump’s trade policies, the U.S. has remained unaffected.

Stocks power past DOW 29,000 headed to DOW 30,000. It seems to hit new highs every week. This week was no exception. Most people’s 401K retirement funds are up anywhere from 20 to 50% since Trump’s election – boding well for people’s retirements.  Here is what RFSO said about future stock prices back in early November 2019 – click here. We see no reason to change this analysis. Barring any nefarious or unpredictable crisis activities that would do harm to the economy, it is set to do well for all of 2020. If you like the economy now, it most likely will be the same at election time in 2020. Beyond 2020? With the election of Trump, we will do even better!

Our gains continue to foster an attitude of limitless opportunity, not just for certain minorities or for women, but for ALL the United States of America. A job well done by President Trump. And what do the Democrats say? Impeach 45, Trump is evil – really?