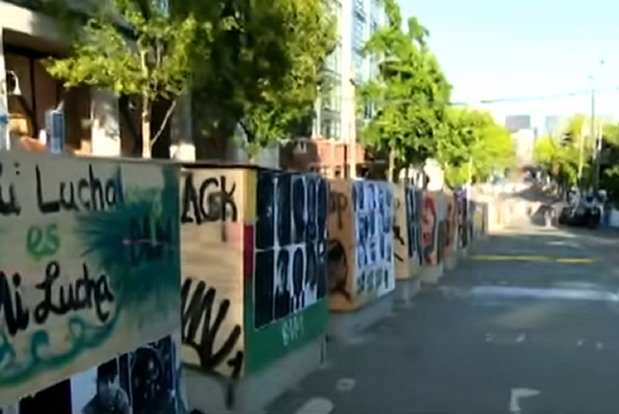 Who would want to live in the city of Seattle?

The city has been the scene of riots for weeks, at one point culminating in the now famous ‘CHOP’ zone where people were actually killed.

As you might expect, people who are able to do so are selling their homes and leaving the city.

More and more people are seeking to sell their homes and move out of Seattle area, according to a newly released report.

The report, by Seattle-based online residential real estate company Redfin, found that the number of home sellers looking to leave the Seattle metro area has jumped to 13.7%, compared with 11.2% at the same time last year.

There are several reasons for the huge increase in homeowners seeking to leave Seattle in their rear view mirror, according to the report. Among them:

– Low mortgage rates and changes in what people want in a home are providing an incentive to people who were already considering a move to another area.

– More Seattle-area employers are offering flexible remote work policies, which frees workers from having to live in this part of the country.

Funny how the reasons given for leaving don’t include the violent riots, because that’s definitely part of it.

A local real estate broker said several people are choosing to move out of the downtown area of Seattle or out of its surrounding neighborhoods to other areas like the East Side in the wake of protests and growing violence.https://t.co/7LX4sDGbUr

What happens when the city’s tax base is gone?