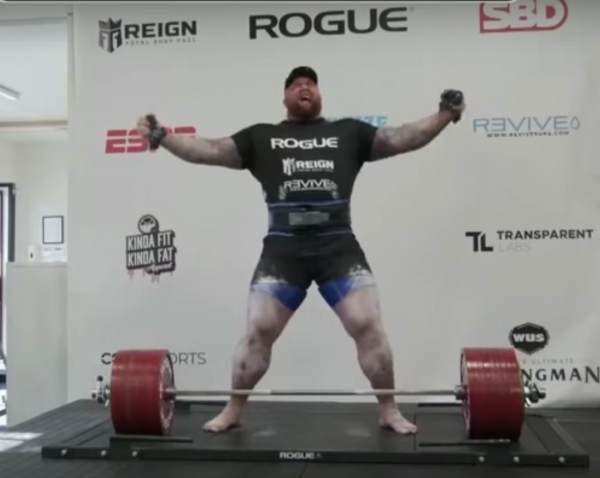 The World’s Strongest Man, nicknamed “The Mountain” broke the world record today in the deadlift, pulling more than half a ton in the air.

Hafþór Júlíus Björnsson, from Iceland, broke the world record today deadlifting 501KG or more than 1,100 pounds.  ‘Hafthor’ who is a former World’s Stongest Man winner, lifted more than any man has lifted before.

The massive athlete is 6’9″ and a former professional basketball player.  He also was on the hit series The Game of Thrones for five seasons.

Here he is breaking the world record.

He looks like a cartoon character he is so built.  My God the Vikings must have been frightening.