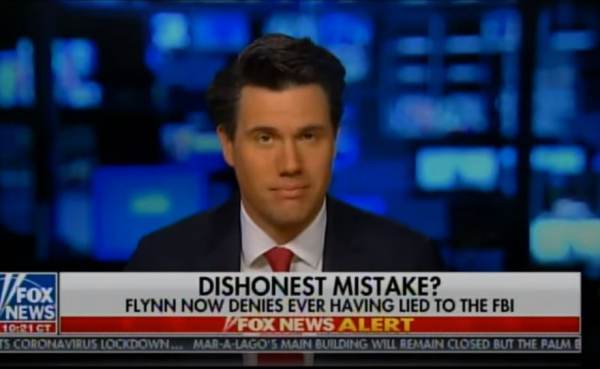 The latest line on the left to smear General Flynn is that he lied to the court about lying and therefore should be imprisoned.

Leland Vittert echoed this sentiment tonight in his hit piece.

Of course, Vittert left out of his report that the Mueller prosecutors and Flynn’s former attorneys at Covington hid literally THOUSANDS of documents from General Flynn for THREE YEARS until they were discovered this past month.

The Mueller prosecutors and his former attorneys at Covington also hid Brady evidence from General Flynn for three years proving his innocence!

But Vittert did not include this in his report.

Instead it was a hit piece like some dishonest reporting you would expect from the liberal mainstream media!

SHAME ON FOX NEWS FOR PUSHING SUCH FILTH!