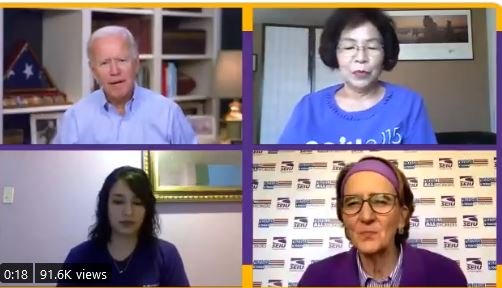 If Trump said this you’d never hear the end of it.

On the same day Joe Biden accuses President Trump of being a racist — he dropped this line:

Biden says Trump is wrong to hold China accountable for coronavirus because Americans can’t distinguish “between a South Korean and someone from Beijing.”

The patronizing view of voters aside, not sure what that has to do with the CCP, or anything. pic.twitter.com/hWUbIRK910