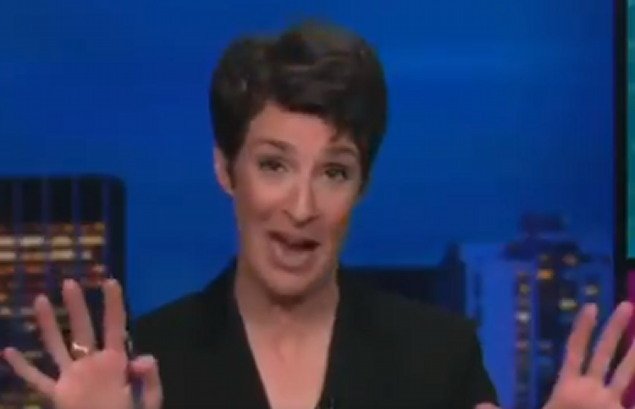 Does MSNBC’s Rachel Maddow ever get tired of being wrong?

She pushed the Russia hoax on a nightly basis for three solid years, you would think that alone would have been enough to shame her off the national stage, but no.

She just keeps going on being wrong about other things.

The latest example is the June jobs report. She gleefully predicted the numbers would be terrible.

“We’re actually gonna get the job numbers, the unemployment figures for the month of June a day earlier than we would otherwise expect them,” Maddow said to conclude Wednesday night’s “The Rachel Maddow Show.”

“So, we would usually get those on a Friday,” she continued. “They’re going to come out tomorrow. That’ll tell us unemployment figures for June. Brace yourself. It’s going to be absolutely terrible.”

MSNBC’s @maddow made the worst prediction of the week on TV, saying today’s jobs numbers would be “absolutely terrible” pic.twitter.com/L6oflRlpah

Maddow was not only wrong, she was spectacularly wrong. June broke job creation records.

The economy beat expectations by 1.7 MILLION jobs — more than the population of Hawaii.

A closer look at today’s outstanding jobs numbers: “For two consecutive months, we have experienced the largest job gains in history, and the resilience of the American people remains strong.” https://t.co/CvMA9l4G6w

4.8 MILLION jobs created in June, blowing past expectations by 2 million.

Unemployment rate dropped to 11.1%, much lower than expected.

There’s no denying it: @realDonaldTrump is the JOBS President!!