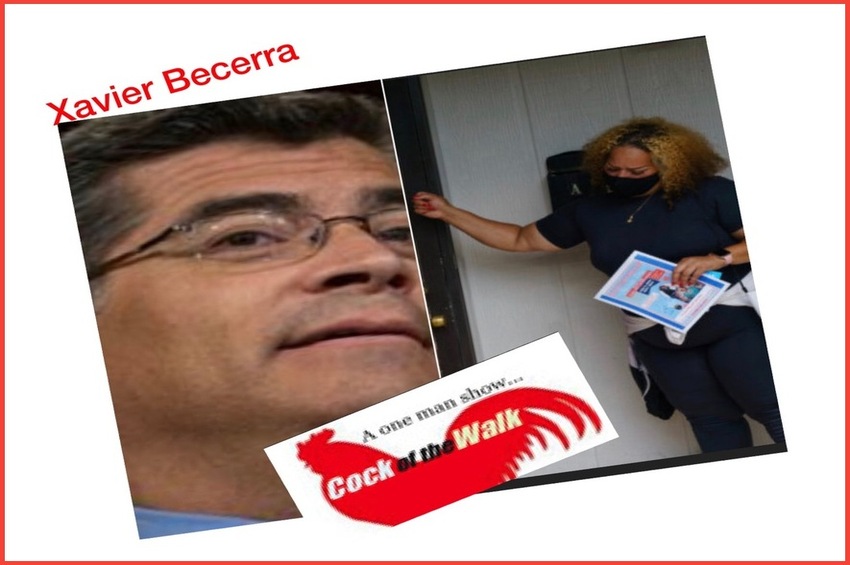 Xavier Becerra is a racist and a communist. He also thinks he is very smart and the cock of the walk.

This article emphasizes how unintelligent this man

“Becerra said it is “absolutely” the government’s business to know such information, reasoning that the government “has spent trillions of dollars” to protect Americans.”

He was a major player in driving California into an official shithole state. That makes him a Shitholian.

Becerra is hell-bent on turning America into a third-world shithole country. He has no moral or ethical code at all. Becerra is a communist robot who is devoid of these qualities.

Now he wants to implement his communist tactics by going door to door to determine why we are not getting vaccinated. This act is intimidation tactic 101 straight out of the Chinese Communist Party playbook.

Here are a few things he hasn’t given any thought:

2. He has failed to assess the state of people after being locked down. We are at the tipping point.

3. He has given no thought to the safety of the door knockers. This act should be a significant consideration.

I am a solid taxpayer and not a criminal. I obey the laws, have never accepted a govt handout – not even workers’ compensation. I owe the government nothing more, and the govt has zero right to expect that I will accept them delving into my personal medical and health.

Becerra goes on to say:

“Perhaps we should point out that the federal government has spent trillions of dollars to try to keep Americans alive during this pandemic, so it is absolutely the government’s business,” Becerra replied. “It is taxpayers’ business if we have to continue to spend money to try to keep people from contracting COVID and helping reopen the economy. And so it is our business to try to make sure Americans can prosper; Americans can freely associate.”

Becerra know this – the trillions you speak of is our money. Every day you and your ilk rape the taxpayer piggyback for personal enrichment. You steal from us. Your motive is so evident, so easily identifiable by the pork contained in bills and the illegal kickbacks you receive.

The people running our government do not create bills and laws in the best interest of the American people. They create bills and laws that enrich them. Every day, the United States Government wastes millions and millions of dollars of our hard-earned tax money. Our elected officials are thieves lacking integrity, character, moral code, or any set of personal standards to live by. You are thieves and the evil empire.

It is simple. Becerra is full of himself. He failed Californians, and he is failing with America. Becerra’s track record with California has proven him untrustworthy.

Question – where is our Republican Congress in putting this communist in his place? Why is this not a significant talking point? Why is there no major action being taken by the Republican party? Why are they not making his life effing miserable?

I know the following. Do you?

A) I don’t have to open the door 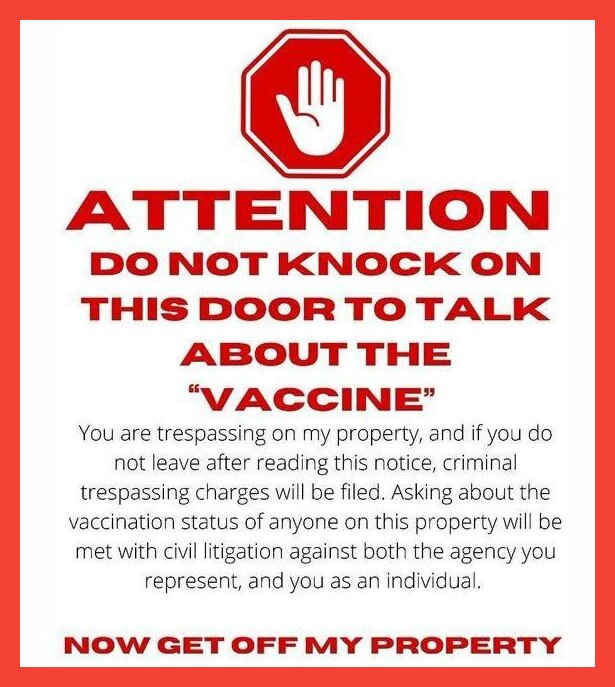 C) If I receive a letter from the government inquiring why I haven’t been vaccinated, I don’t have to answer it. I am prepared for that letter to be written in a manner that may suggest or lead me to believe I could be fined or jailed if I don’t.

The most important action you, the American citizen, can take is to become involved in your state, county, and local governments. Demand state legislation that prohibits federal overreach in these types of actions.

The second most important thing you can do is demand our Republican congress to support and stand with Senator Cruz who is proposing legislation to ban our federal government from door knocking and maintaining a vaccine database.

So Republican Congress, are you going to stand with and by Cruz?

I have had enough. Haven’t you?