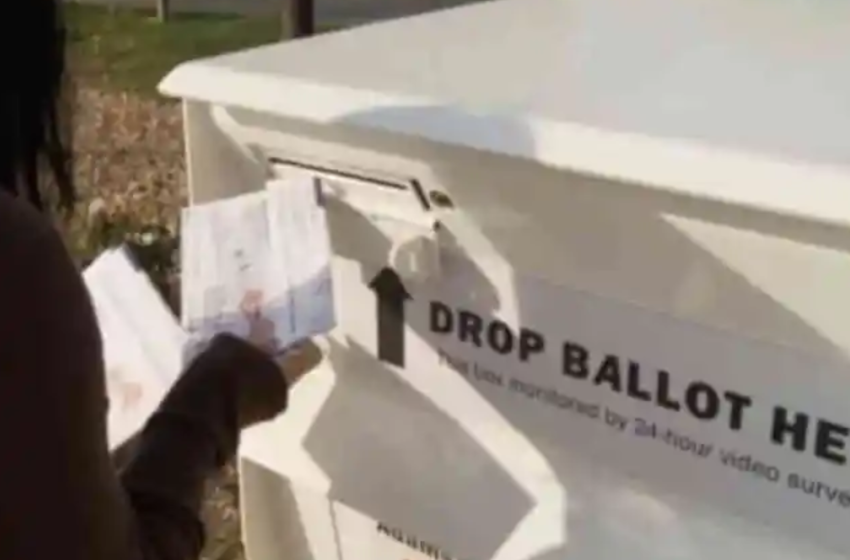 Biden issued an executive order that gives HUD and other agencies a million federal tax dollars to do what Mark Zuckerberg did in the elections of 2020. It pushes ballot harvesting and drop boxes, The Washington Stand, reports.

Both practices are ripe for corruption. Ballot harvesting is banned in some states. It allows people to collect ballots from anywhere and drop them off. As for drop boxes, they are often unsecured and are another problem. Both promote old-fashioned ballot stuffing. It allows harvesters to go around pressuring people to vote for their candidate. Security is also not good.

During a panel discussion at the America First Agenda Summit in Washington, D.C., Congresswoman Claudia Tenney (R-N.Y.) described her primary concerns about election integrity after her own House race in 2020 turned out much closer than anticipated due to irregular election returns.

“This is what worries me: After all that has been done [to ban “Zuckerbucks”], President Biden signed an executive order taking $1 billion in taxpayer money — not in private money from Mark Zuckerberg — and is putting it into vote harvesting schemes using HUD, the Small Business Administration, and any bureaucratic arm of the federal government they can use in key areas around our communities to try to get votes out through harvesting and intimidation and manipulation of the people in these vulnerable areas,” she said. “This is something that we think is federal overreach. It’s a misuse of our tax dollars, but also it’s an attempt to federalize our elections insidiously through the back door.”

In March 2021, President Biden signed an executive order that is being used by the U.S. Department of Housing and Urban Development (HUD) to authorize using federal dollars to set up voter registration drives in certain public housing developments, including the use of ballot drop boxes.

We reported this in March, 2021 and expressed our concerns at the time. It’s not conspiratorial to be concerned. The way the recent elections went down was very deeply concerning.

Zuckerbucks are now taxpayer bucks and Zuckerboxes are now Bidenboxes. This is corrupt and an attack on democracy. Yet, Democrats claim Republicans are attacking democracy over one riot and traditional goals.

Democrats are the threat to democracy.

Idaho Republicans to Reject 2020 Election Results and Joe Biden as PresidentJuly 15, 2022In “Columns”