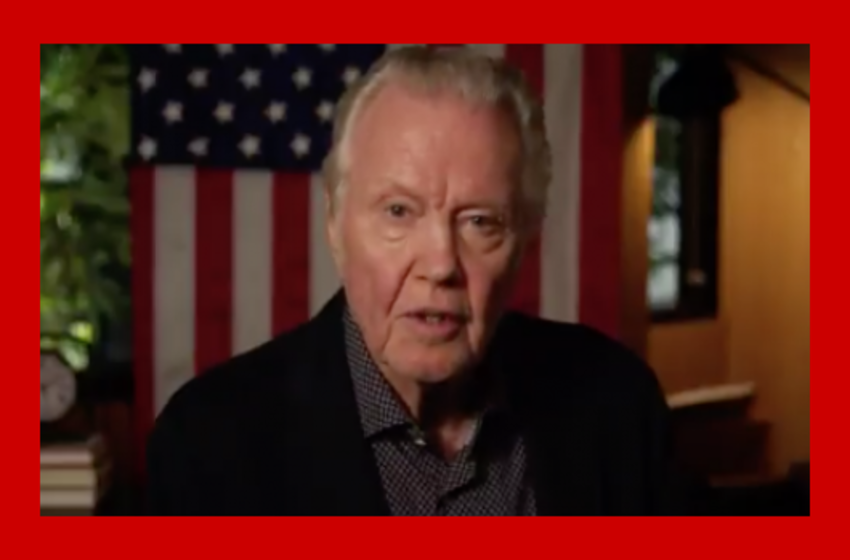 Some people are just really good at giving speeches, long or short. Legendary actor Jon Voight is one of those voices. Whether you agree with him most of the time or not, Voight’s tone and cadence make his videos must watch if for no other reason than to learn how to properly give a speech that people will feel in their bones. Okay, I really like his movies. Sue me.
Voight released another of his short videos to Twitter on Friday with a caption that read, “Don’t be fooled.” The 81-year-old “Midnight Cowboy” actor was referring to the mistrust he and others have and should have towards the left, or “liberals” as Voight put it in the video.
“Because my fellow Americans, these Democrats are destroying this country with evil propaganda and ignorance,” Voight said. “And we as a nation must stop this now, and we must fight for our life now.”
Voight went on to advise people not to listen to the Hollywood Communistic Cult and admitted to once being on the left himself.
“Don’t be fooled by these singers and actors of Hollywood,” Voight said. “They are polluted with disgrace and have no idea what truly to believe in. I know. I once was on the left until I was taught different to see the truth.”
For Voight’s full comments, watch below: