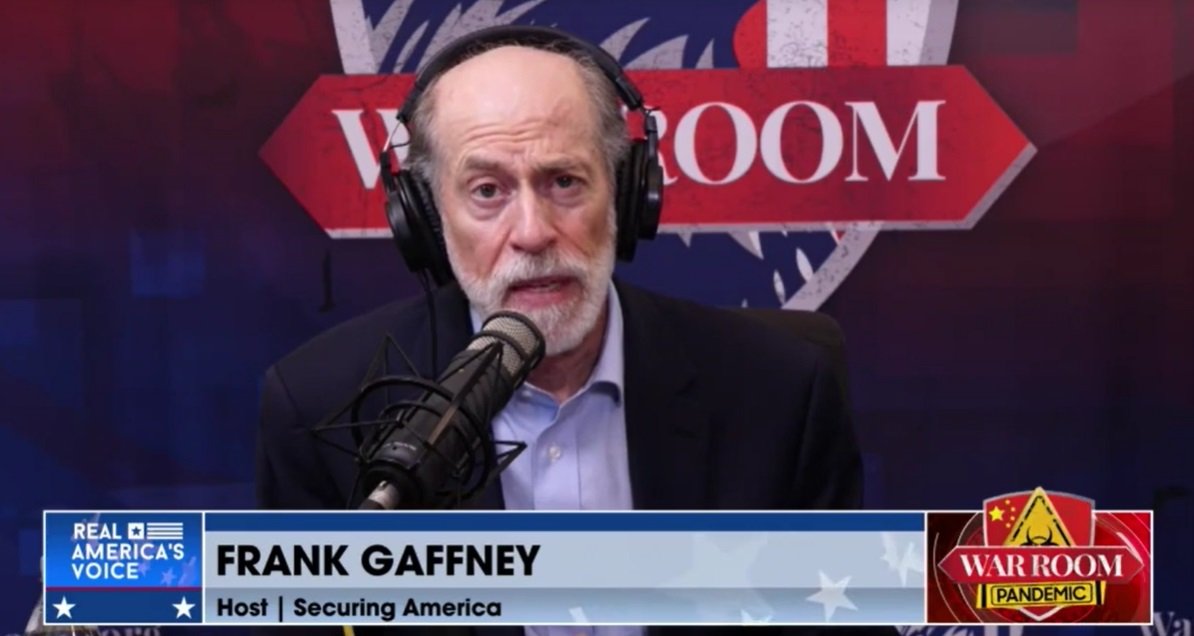 On Saturday morning Steve Bannon held a discussion on the situation with China and Taiwan and China’s efforts to rule the world.  Frank Gaffney was one of the War Room’s guests to warn about China’s recent actions.

Earlier this week Gaffney warned about how the US under Biden is taking actions to support China while at the same time China is at war with the US.

Gaffney in his Secure Freedom Minute discussed how China was being bolstered by the Biden regime:

As Team Biden continues to flail publicly about what, if anything, it will do if the Chinese Communist Party attacks Taiwan, the CCP’s menace is becoming ever clearer.

A leaked video of a top secret meeting on May 14th shows leaders in Guangdong Province planning the transition from “normal to war.” And hacked Chinese police data confirms the CCP’s oppression and genocide of Uyghur Muslims and other minorities.

Such revelations should bring to a screeching halt efforts to get U.S. military personnel and other government employees to invest their retirement savings in Communist Chinese companies. But will it? It’s still possible to prevent the Thrift Savings Plan from inflicting a disaster on investors and a threat to our national security.

Urge your representatives to stop what amounts to aiding and abetting the enemy on the eve of war at NoTSPforCCP.org.

The Chinese Communists are not simply talking about unrestricted warfare against us of the non-kinetic kind, or even about achieving world domination eventually, they’re now moving out apparently to begin the process of taking control of the world, through their cutouts as well as through their force of arms and other direct means.

Listen to the entire interview below: