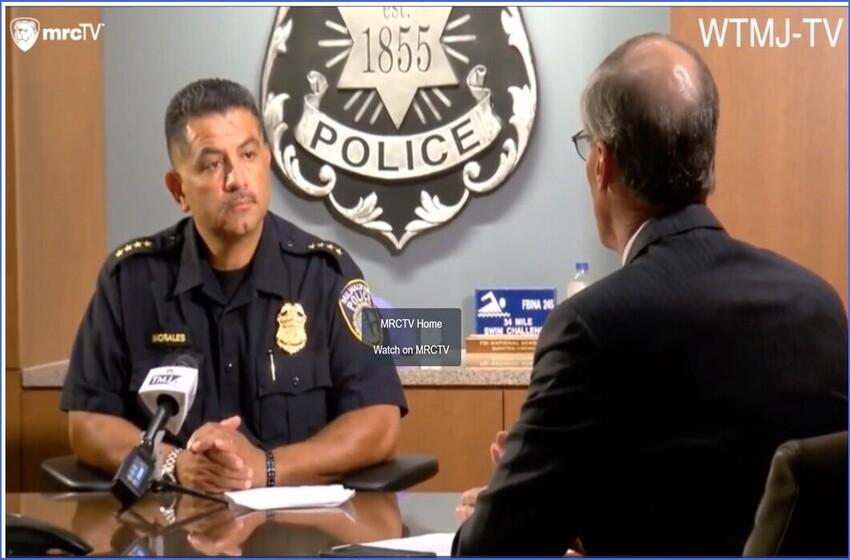 With police directed not to use tear gas or pepper spray, many law enforcement agencies are turning their backs on securing the upcoming Democratic National Convention.

“Less lethal is there for a purpose,” Morales added. “We’re not talking about peaceful protests.”

The withdrawals cast doubt on a program to bring about 1,000 police officers from outside agencies to help shore up security for the event, scheduled for the week of Aug 17.  Among the agencies confirmed to have withdrawn are police departments in Fond du Lac, Franklin, Greendale and West Allis.

Asked on Monday if the agreements were collapsing, Fond du Lac Police Chief William Lamb said, ‘Yes,’ adding that he expects other agencies from across the state to withdraw from the program.

‘We regret having to do that,’ said Lamb, who chairs the Wisconsin Police Executive Group, which consists of police chiefs from cities with populations of more than 20,000 people.