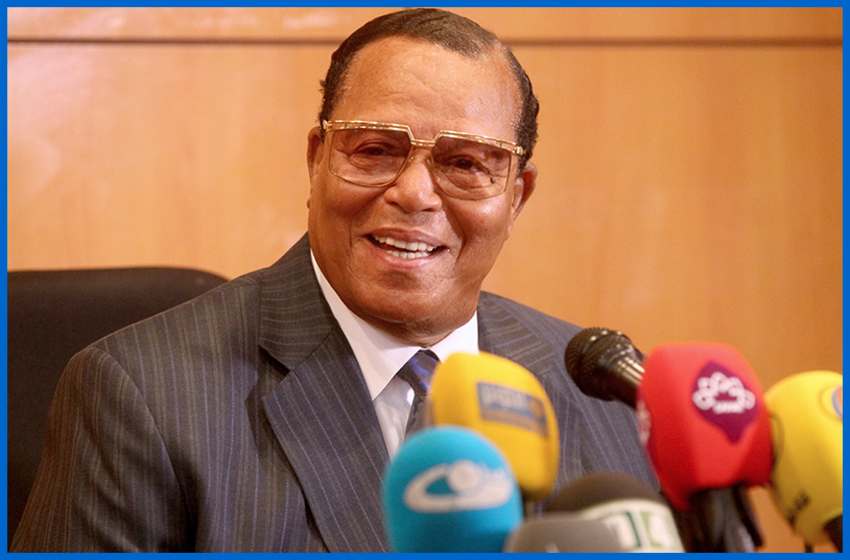 Some people are so dedicated to their respective cause that they will openly call a murderous terrorist their “brother.” It’s either that or those people are nuts. Heck, maybe it’s both depending on the person.

Ol’ Louis was at it again during his three-and-a-half-hour speech during the Saviors’ Day conference in Detroit this past Sunday. Farrakhan didn’t target Jewish people this time. No, this time he spoke about how deceased terrorist general for the Iranian Islamic Revolutionary Guard Corps Qasem Soleimani was his “brother” and killed by President Donald Trump.

Here’s part of what Farrakhan said:

After that, Farrakhan spoke about a theory of his that the U.S. government is trying to kill him or something. I don’t know. Farrakhan doesn’t make much sense whenever he opens his mouth.

Here’s a transcript of that portion of Farrakhan’s speech:

See, Mr. Trump. I respect you, because you’re the President of the United States of America. And you said that my brother is a terrorist. And you’ve got the power to define people. You may not like me, so you might call me a terrorist tomorrow to justify what the government is planning to do to me and the Nation of Islam. I’m just inviting you. I’m just inviting you to sit down and talk, because I have a message for you from God.

Here’s video of a portion of Farrakhan’s comments:

The “message” that Farrakhan supposedly has for Trump is that he’s a “messenger of” God to deliver a “warning” to the people. He also spoke of how Soleimani was just trying to do right by his people.

Just another day in the life of Louis Farrakhan.