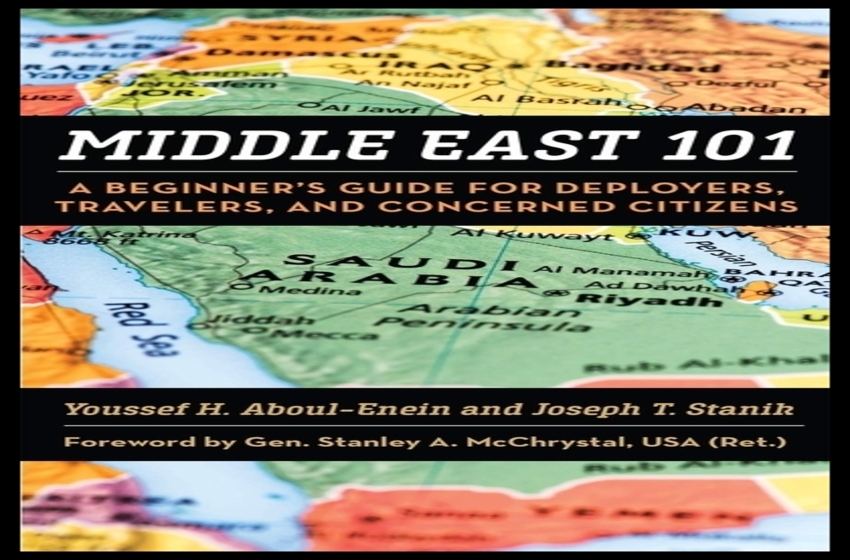 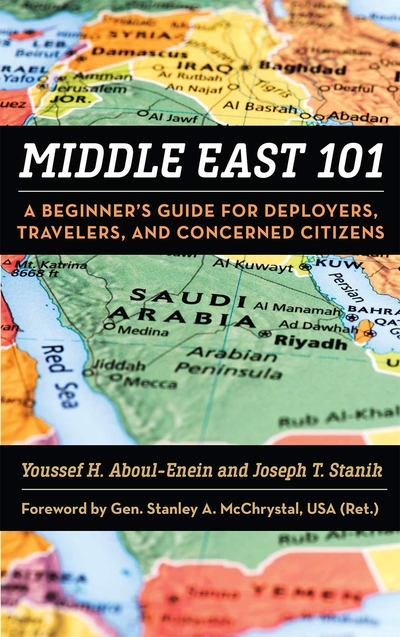 The Middle East is a highly contentious region with lots of propagandistic interpretations, even by many academics who are expected to be objective. To fully understand the region’s history and current developments, it is so important to identify primers that are insightful, objective and balanced.

So a primer issued by the highly respectable Naval Institute Press, written by a current and a former Naval officers, looked promising.

But what is supposed to be an objective and balanced study, instead offers some chapters containing biased and propagandistic sections. These include the authors’ discussion of the Jewish people’s ancestral rights to the Land of Israel in what became historical Palestine, as well as their treatment of secular revolutions in the region, such as Kemal Ataturk’s attempt to modernize Turkey following the First World War, with the authors appearing to favor those who support the traditional Islamization of the region rather than its modernization.

Authors Youssef H. Aboul-Enein, a U.S. Navy commander in the Medical Service Corps who also lectures on Middle East affairs, and Joseph T. Tanik, a retired U.S. Navy officer, appear to downplay the Jewish people’s ancestral connection to the Biblical Land of Israel, which over time became historical Palestine. In one example, they claim Zionism “is not a religious doctrine; it is a political ideology. It is the belief that the Jewish people make up a nation and have the right to establish a national home in Palestine.”

Such a claim ignores biblical accounts of the Jewish homeland being part of a covenant with God. It also misleads readers into believing there is no archeological evidence proving the Jewish people’s religious connection to the land.

In a more accurate explanation, David Ben-Gurion, who became Israel’s first prime minister, viewed the newborn state as the direct continuation of Jewish history that he believed had been interrupted 2,000 years earlier when the Roman legions banished the Jews from historical Palestine.

In another distortion, the authors’ present a one-sided and simplistic anti-Israel “right-to-exist” critique of the 1917 Balfour Declaration. The declaration was a short public proclamation issued by the British government at the height of the First World War, announcing its support for the establishment of a “national home for the Jewish people” in Palestine The book’s authors, however, criticize the declaration from the Palestinians’ view as “plant[ing] the seeds of Britain’s failed postwar administration in Palestine, the birth of the State of Israel and the seven-decade-long Arab-Israeli conflict.” Aside from the fact that the Balfour Declaration was supported by the majority of the leaders of the Palestinian Jewish community, particularly Chaim Weizmann (later, Israel’s first President) and David Ben Gurion, as helping to pave the wave for Jewish statehood – which the authors should have mentioned for a more balanced treatment, the way the authors frame this issue also ignores the fact that the declaration made it possible for the Palestinians to have their own state in a partitioned Palestine. That’s exactly what Palestinian leaders rejected in the 1947 United Nations resolution that led to Israel’s creation.

Finally, in discussing the 1949 Arab-Israeli War, the authors point to the uprooting of “more than a half million Palestinians who sought refuge in the Gaza Strip, the West Bank of the Jordan River, Jordan, Syria, and Lebanon” as the primary humanitarian injustice caused by the war. Again, as part of the authors’ biased partisanship, no mention is made of the humanitarian catastrophe caused to the Jewish communities in the Middle East, with an estimated 650,000 Jews forced by Arab governments to flee their homes and possessions in the Arab lands once Israel declared independence.

In other areas, the authors highlight the opposition to Kemal Ataturk, Turkey’s iconic modernizing leader in the aftermath of the First World War, by only listing the Islamists’ as “admir[ing] him for leading the country to independence but abhor his dismantling and undermining of Islam in Turkey’s public life.” Even if this does not necessarily represent the authors’ own views, a more balanced treatment would have cited secular elements in Turkey who supported Ataturk’s pro-Western and pro-secular reforms in society, which they believed was required for the country to modernize in many spheres.

The authors conclude with a fairly reasonable six-component approach to counter Islamist extremism. They mention the importance of distinguishing between militant Islamists and the Muslim world at large, emphasize that the United States is not “at war” with Islam, and address the need to counter the militant Islamists on the Internet, in social media and on satellite channels, and countering the militants’ extremist narratives with “the values of religious and individual liberty” in enabling one to exercise one’s rights peacefully.

In conclusion, while “Middle East 101” is cleverly organized, with some sections that are insightful, the book contains numerous partisan and biased shortfalls.

Dr. Joshua Sinai is Professor of Practice, Counterterrorism Studies, at Capitol Technology University, Laurel, MD. He has served as a senior analyst at the Federal Research Division of the Library of Congress on Middle East and counterterrorism issues. He is also a regular book reviewer in The Washington Times.