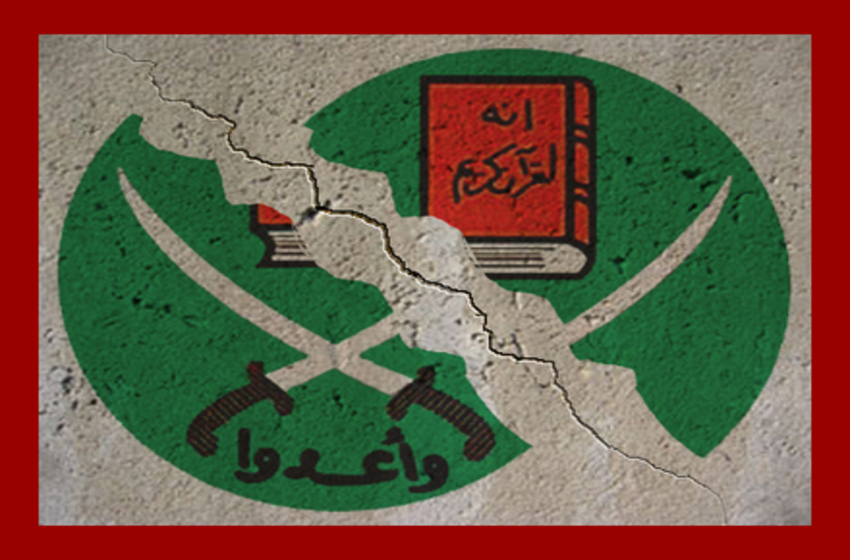 For 92 years, the global Muslim Brotherhood has managed to create franchises across the world. Despite a rise in power in several countries after the Arab Spring revolutions, the group is witnessing steady recessions in the Middle East where it once flourished.

Jordan’s Court of Cassation issued a final verdict last Thursday dissolving its Muslim Brotherhood chapter and banning its activities. The court dissolved the group for failing to adapt to a 2014 law that restricts political activity by religious groups. “We requested a special-status rule for the group to be approved by the government but the decision makers rejected the request,” said Jordanian MB spokesman Moaz al-Khalidi.

The Muslim Brotherhood is a model of moderation and an important element in strengthening national unity, so dissolving it is not in the national interest,” said Sheikh Hamza Mansur, who runs the Jordanian Muslim Brotherhood’s ruling council.

While the court action didn’t designate the group as a terrorist entity, it may pave the way for such an action in the future.

The Jordanian Muslim Brotherhood is the oldest and most popular Islamist group in the country. Established in 1945 as a franchise to the mother group in Egypt, it became the driving force for Islamists in the country and was behind the foundation of the country’s chief Islamist party, The Islamic Action Front (IAF). Despite Jordan’s 1999 ban against the Palestinian terrorist group Hamas, the Islamic Action Front maintained strong ties to the terrorist Palestinian group through Jordanian MB deputy leader Zaki Bani Arshid. Arshid coordinated political stances with Hamas.

The IAF strongly opposes ending the 1994 Jordanian-Israeli peace treaty. “We urge the government to meet the demands of people who have repeatedly called for freezing and eventually cancelling the peace treaty,” an IAF statement said.

Egypt designated its Muslim Brotherhood as a terrorist entity following a series of terrorist attacks inside the country. The attacks followed the June 2013 revolution which ousted the Islamist Egyptian President Mohamed Morsi in power.

Saudi Arabia followed suit a few months later with its own designation. Saudi Arabia has multiple motivations – including regional political dynamics – for opposing the Brotherhood after years of support. “We were wrong when we opened the doors of our schools and universities to foreigners who allowed such ideas to reach our youth,” said Mohamed Zulfa, a member of the Saudi Shura Council [consultative assembly]. “We, unfortunately, realized that too late.”

The 2014 Saudi ban shocked Muslim Brotherhood members in Egypt, who had banked on the Saudi Kingdom’s support since the 1960s to counter the Egyptian ban during President Gamal Nasser’s rule. In response, Muslim Brotherhood media went as far as describing the Royal Saudi House of Al Saud, and particularly Crown Prince Mohamed Bin Salman, as “Zionists” because in the Brotherhood’s view, opposing the Brotherhood benefits Israel. The Saudi ban was followed by the arrest and incarceration of a number of Islamist clerics considered supportive of the Brotherhood. Moreover, Saudi Arabia has enacted a series of reforms opposed by the Brotherhood following the ban, including giving women the right to drive, go out in public without wearing a hijab, and earlier this year, banning flogging as a means of judicial punishments.

The United Arab Emirates (UAE) issued a more extensive ban on the Muslim Brotherhood in 2014 as part of a broader Emirati fight with MB elements who allegedly plotted to overthrow the government. The Emirati government also listed dozens of Western based Muslim Brotherhood fronts, including the Council on American-Islamic Relations (CAIR), Muslim American Society, Islamic Relief, Muslim Association of Britain and Cordoba Foundation in Britain as terrorists. Other predominantly Muslim countries which listed the Muslim Brotherhood as a terrorist stretch from Bahrain, Syria, and the Libyan parliament of Tobruk, to Tajikistan, Kazakhstan, Turkmenistan and Uzbekistan.

Even in Tunisia, where the MB-affiliated Ennahda Party has been a force to be reckoned with since 2011, there is a new move to blacklist it. A motion filed by former Tunisian presidential candidate Abir Moussi to ban the Muslim Brotherhood group was rejected earlier this month by the parliament bureau.

Ironically, the United States, which suffered the most horrific terrorist attack on its soil in September 2001, has not banned the mother group behind the ideology adopted by the 9/11 al-Qaida terrorists. Al-Qaida leaders were heavily influenced by the ideology of Brotherhood founder Hassan al-Banna and the group’s chief ideologue Sayyid Qutb. The 2008 Holy Land Foundation trial exposed the Brotherhood’s modus operandi on American soil.

HLF was the largest American Muslim charity. While it solicited aid for widows, orphans and other needy people, prosecutors proved it had a secret role: “HLF became the chief fundraising arm for the Palestine Committee in the U.S. created by the Muslim Brotherhood to support Hamas.”

The Brotherhood created the Palestine Committee specifically to support Hamas politically and financially. “With the increase of the Intifada and the advance of the Islamic action inside and outside Palestine,” an internal Palestine Committee memo said, “the Islamic Resistance Movement (Hamas), provided through its activities in resisting the Zionist occupation a lot of sacrifices from martyrs, detainees, wounded, injured, fugitives and deportees and it was able to prove that it is an original and an effective movement in leading the Palestinian people. This Movement – which was bred in the bosom of the mother movement, ‘The Muslim Brotherhood’ – restored hope and life to the Muslim nation and the notion that the flare of Jihad has not died out and that the banner of Islamic Jihad is still raised.”

The Holy Land Foundation and five former officials were convicted in 2008 of illegally funneling more than $12 million to Hamas.

Still, consecutive U.S. administrations have failed to ban the Muslim Brotherhood despite its role creating and directing the Palestine Committee’s support for Hamas.

But more predominantly-Muslim countries are acting, with Jordan providing the latest example.

For decades, many rulers in Muslim-majority countries saw the Brotherhood as a source of political and religious support. But that support sometimes becomes a threat, as the group infiltrated educational systems and posed other threats, as seen by Islamist political gains in countries like Egypt and Tunisia. The political, economic and security costs of harboring the Muslim Brotherhood were too much to bear. Jordan appears to be the latest country to reach that conclusion.