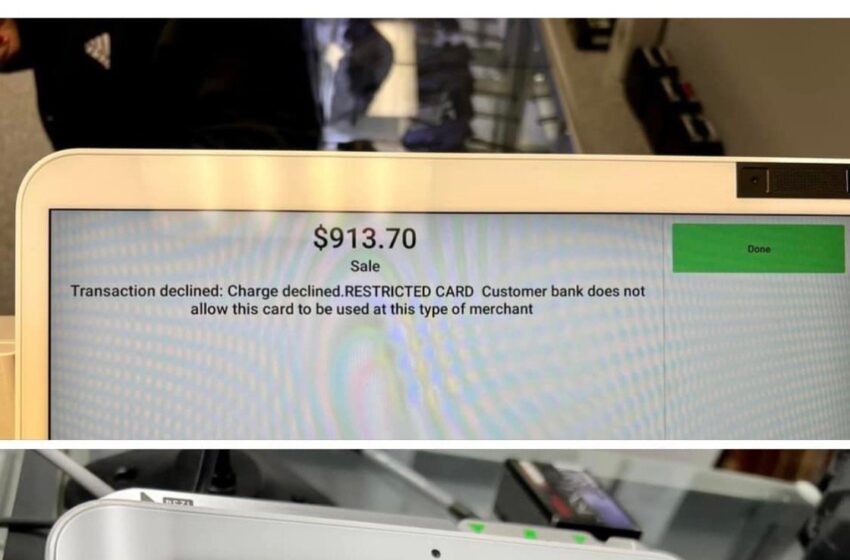 Banks are now intentionally hindering customers’ ability to manage their own funds and make critical purchases, as well as interfering with their ability to make their own financial decisions.

A new report out of Kentucky claims that Forcht Bank is prohibiting its customers from using debit cards to buy firearms.

The customer reportedly closed his account after the incident, according to a post published by the gun shop owner in a private group on Facebook called FFL Connects (Federal Firearms License).

“TRANSACTION DECLINED: CHARGE DECLINED. RESTRICTED CARD. CUSTOMER BANK DOES NOT ALLOW THIS CARD TO BE USED AT THIS TYPE OF MERCHANT,” the error message reads.

The Gateway Pundit has reached out to the Forcht Bank for comment.

It can be recalled the International Organization for Standardization –the organization in charge of setting standards for business transactions — voted to create a “merchant category code” for gun purchases.

This will allow banks that process payment from gun retailers to assign the new code to the gun stores.

The decision comes after the mayor of New York City, Eric Adams, along with other elected officials and state pension fund trustees, have requested that major credit card companies implement a weapon code for the purchase of firearms and ammunition.

Officials in New York City and the state of New York have asked American Express, MasterCard, and Visa to make a four-digit merchant category code (MCC) like the ones used for other retail categories to better identify and report suspicious behavior, such as large purchases of firearms.

“The creation of a new code would help financial institutions detect and report suspicious activity, such as unusually large purchases of firearms or ammunition, or purchases from multiple stores, that may be used for criminal purposes,” it claimed.

An MCC code is a Merchant Category Code. It is used to map business industries (like computer repair, dental, and insurance agencies) to a four-digit code (like 7379, 8021, and 6300 respectively). Occasionally, a customer’s issuing credit card bank will block transactions if the credit card is used at an establishment they deem inappropriate for the type of credit card. As a possible example, HSA medical cards tend to be