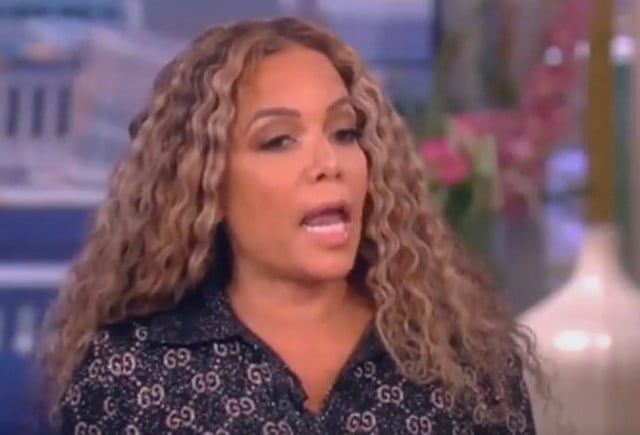 The View has become one of the most politically toxic shows on television.

The hosts are ignorant, insulting to half of the country and completely leftist.

The latest example comes from Sunny Hostin, who just can’t understand why anyone would have voted for Herschel Walker in Georgia.

“Who are these 1.7 million people?” Hostin asked before co-host Whoopi Goldberg said they were people that “wanted to win.”

Hostin also said that Republicans found the most “unqualified” and “undignified” Black man to run against Sen. Raphael Warnock, D-GA.

Racist Sunny Hostin takes a swipe at Walker’s supporters, “Who are these 1.7 million people?!”
Attacking “the white guys,” Sunny claims Republicans, not Democrats, are obsessed with identity politics. “They found…the worst, most unqualified, most undignified black man to run” pic.twitter.com/fmJWsyHQfL

Here’s more from this genius.

Racist Sunny Hostin says concerns about the border crisis are just “political theater.”
And scoffs at the fact gas is expensive. pic.twitter.com/Oj9fYfR0Wf

The left constantly accuses conservatives of engaging in hate.

Is there anyone more hateful than the hosts of this show? They engage in hatred of half of the country on a daily basis.