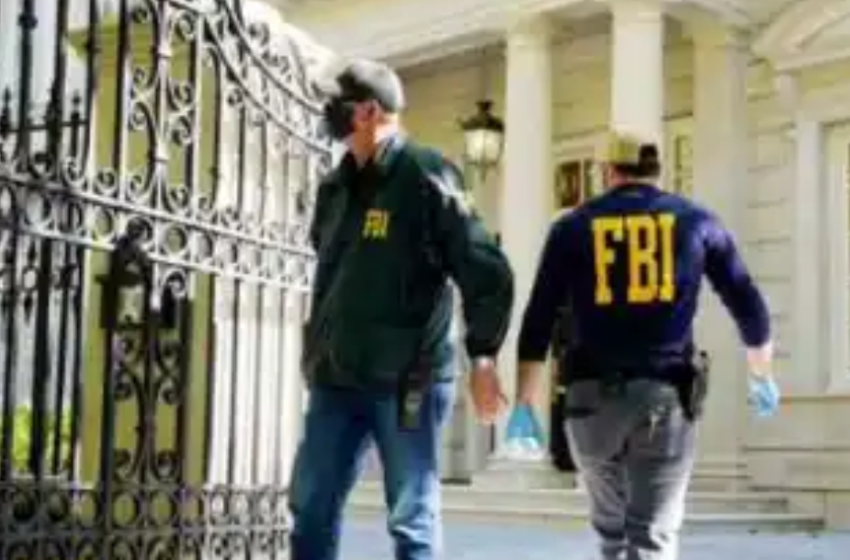 Matt Whitaker fears we have crossed the Rubicon with the raid on Donald Trump’s home. There is no turning back. Nothing like this has ever taken place. We are now a nation where politicians in the administration use government agencies against prior politicians in power over disagreements in the policies. The US is officially the Banana Republic, as former acting attorney general Matt Whitaker said on Monday’s Tucker Carlson tonight.

We, the American people, are the target of this weaponization of the deep state agencies. If we question them, we will be destroyed. That is the message from the Left.

If they can do this to a former president of the United States, think of what they can do to you. Frankly, this is about you. It’s about controlling all of you. If you go against the establishment, they want you to know they will do this to you.

Democrats have transformed us into a Banana Republic, and there is no turning back.

Hunter Biden lied on a federal gun form, smoked pot while hooking up with prostitutes, arranged corrupt deals, and influence peddling. The Hunter laptop holds all the evidence, but the FBI didn’t raid Hunter. The FBI deliberately covered it up by calling it Russian Disinformation, as whistleblowers said recently.

No one will arrest Hunter The FBI and DOJ are dead. They can never be trusted again. The DOJ doesn’t care at all what you think because they know if they inflict enough damage, they will have total power indefinitely.

A two-tier justice system is not justice. It is totalitarianism. The goal of the system it total control.

Eric Holder, Barack Obama’s wingman, said on Thursday that we will see arrests, including the arrest of Donald Trump. If you doubted that Barack Obama was behind much of the devastation, we are seeing, doubt no more.

They dehumanized Donald Trump and his followers, calling them fascists, Hitlers, racists, homophobes, Islamaphobes, etc. to make it easier to annihilate the enemy.

The FBI is terrorizing people and spreading out into offices throughout the nation looking for domestic terrorists. They aren’t looking for Antifa or BLM. They’re looking for you.

Republicans and Conservatives are framed as evil. Rioters and parades are over-charged for their behavior on J6. A show trial worthy of Lavrentiy Beria is ongoing with no means of defense for the targets. According to Holder, who is in the know, there will be arrests.

If we do nothing, this is the end of the Republic. Law enforcement criminalizing opposition is how the Republic ends.

THE POLITICIANS CONTINUE TO SELL US OUT

They have sold us out by letting in tens of millions of illegal aliens, sending our manufacturing to China, spending trillions on idiotic wars in the Middle East, and wasting billions on Ukraine, Laura Ingraham said on Fox last night.

This administration is building a socialist regime.

We are not coming back from this unless we fight them wherever they are.

So far, Mitch McConnell is silent on the raid of Donald Trump’s residence and club. Kevin McCarthy has not been.

McCarthy said, “Attorney General Garland: preserve your documents and clear your calendar.” With that statement, he added, “The Department of Justice has reached an intolerable state of weaponized politicization. When Republicans take back the House, we will conduct immediate oversight of this department, follow the facts, and leave no stone unturned.”

The administration claims they are looking for the boxes of memorabilia and declassified documents that Donald Trump kept. They say he violated US 18 code 2071.

They want to put Donald Trump in prison so he can’t run for office again. There is little doubt, the J6 investigation is still on and they want to find incriminating anything. That was also inspiration for the raid. They raided every office and took every box without opening them.

We always come back to J6.

Sen. Marco Rubio is being lambasted for his comments. He wrote on Twitter:

Because one day what goes around is going to come around

And then we become Nicaragua under Ortega

After todays raid on Mar A Lago what do you think the left plans to use those 87,000 new IRS agents for?

But they find time to raid Mar A Lago”

Exactly! And there is no coming back for the FBI and DOJ. They are corrupt to the core.

Obama’s Coup to Topple the Lawfully-Elected Government Is Now Out in the OpenMarch 2, 2017In “Home of News, Politics & Opinion”