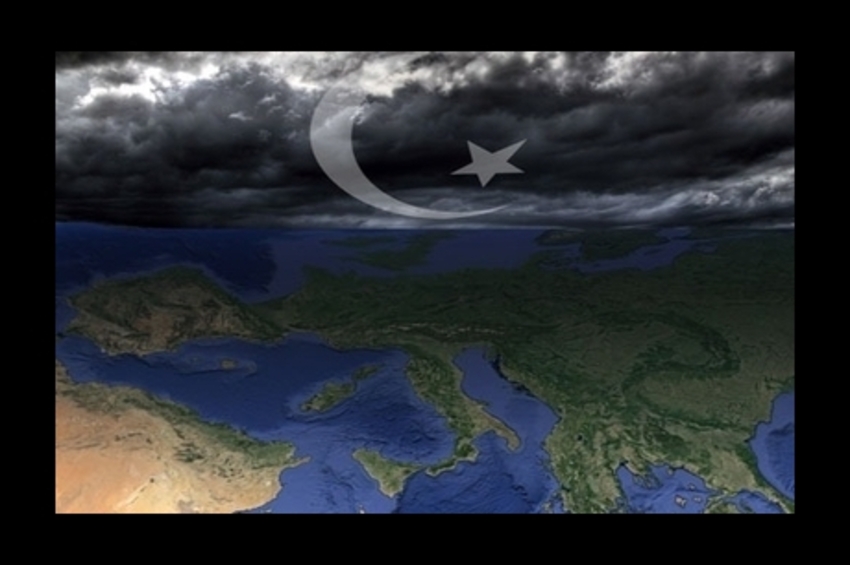 Coronavirus isn’t the only threat Europe is now facing. On Friday, police in Spain arrested a Moroccan man on suspicion he was planning a terrorist attack in Barcelona. According to local police, the suspect has links to the Islamic State, but became even further radicalized after the lockdowns began in response to the coronavirus pandemic.

It was the second Islamist terrorist apprehended by Spanish police in two weeks.

Such threats and plots are precisely what authorities for the Netherlands’ two intelligence and counter-terrorism agencies, the Algemene Inlichting- en Veiligheids Dienst (AIVD) and the National Coordinator Terrorismebestrijding en Veiligheid (NCTV), warn of in recently-released reports on the terror threat in 2019.

Both reports note the ongoing dangers ISIS and al-Qaida continue to pose to Western targets, and the threats the spread of their ideologies present to Western enlightenment values such as free speech and appreciation of the arts.

Jihadist terrorism remains the greatest menace to Western security even in the face of rising far right and white supremacist movements, both the AIVD and NCTV determined. While the number of Islamist attacks in Europe has continued to decrease significantly from its record 2017 high, this has largely been thanks to the sharp work of investigators and counterterrorism agents, who interrupted numerous plots throughout 2019. But the threat of extremism continues, observes the AIVD, including from those whose behaviors “may not be criminal, but remain at odds with our democratic order and ideals, and threaten to undermine them.”

The NCTV report similarly notes that Salafists, whose numbers are increasing in Europe through heavy recruitment efforts online as well as in mosques and even schools, “spread an anti-democratic and intolerant ideology and attempt to force their views in compelling and intimidating ways on Muslims who adhere to a less strict interpretation of Islam – thereby also limiting other Muslims in their enjoyment and practice of democratic freedoms.” Many of these Salafists were born and raised in the West, part of the second generation of Muslim immigrants, both the AIVD and NCTV report.

“They practically dominate the market on internet and social media,” the NCTV contends. Indeed, adds the AIVD, “although radical Salafists form an absolute minority, they have a disproportionately large influence within the Islamic communities of the Netherlands.” This is true as well in other countries such as Belgium and Germany.

Yet combatting the influence of Salafist groups, the agency says, is difficult. In part, according to the AVID, this is because “the extremist character of their message isn’t always immediately clear.” Rather, Salafist recruiters work gradually, slowly convincing their followers to reject more moderate Islamic beliefs and to divorce themselves from the society of “infidels” in which they live.

Of particular concern in this regard are the Islamic schools, many of which are financed by foreign governments, the AIVD says. The education children receive there gives them “a black-and-white vision of Islam and an antidemocratic perspective that estranges them from [Western] culture. In the long term, this can stress social cohesion, thereby undercutting democratic order.”

Over the past few years, hundreds of these Western Salafist youth traveled to the Islamic State in the hopes of building a society in keeping with their extremist ideologies. Now as many return home, intelligence agencies globally struggle to combat their influence on others. For the most part, returnees have been imprisoned, but their sentences tend to be relatively brief, and not without their own dangers. In March, 2019, for instance, a man serving time in France on charges that include “condoning terrorism” attacked prison guards with knives. A similar attack took place January in the UK. Both cases, as well as another 2018 prison attack in France, have been designated as terrorism.

Further, some former ISIS sympathizers – even those who did not travel to the former caliphate – have staged attacks after their release from prison. In January, for instance, British authorities released Sudesh Amman, who had been jailed in 2018 for distributing terrorist propaganda. On Feb. 2, Amman went on a rampage with a stolen machete, killing two people on the streets of South London before being fatally shot by police.

Others may not engage in violence themselves, the NCTV says, but instead take an active role mentoring others and forming international networks with fellow returnees they met in the Islamic State.

With the death of the late ISIS leader Abu Bakr al-Baghdadi, who killed himself during a raid by U.S. forces last October, those networks may soon turn their attention away from Western targets in general, focusing more on Israel and the Jews. Abu Ibraham al-Hashimi al Quraishi, who replaced al-Baghdadi as ISIS leader, has expressed specific interest in attacks on Israel and on Jews worldwide. Quraishi, also known as Amir Mohammed Abdul Rahman al-Mawli al-Salbi, is described in the Guardian as “one of the most influential ideologues among the now depleted ranks of ISIS.”

In a 37-minute statement that circulated on social media, the new ISIS leader directed his followers to “incite their brothers everywhere to attack the Jews and slaughter them, inside Palestine and outside Palestine, and kill them wherever they can find them.”

Not that this means non-Jews are safe. According to the Middle East Media Research Institute (MEMRI), Al Quraishi also instructed his followers to “double the activity and increase the strikes. Write down the targets, draw up plans and booby-trap the roads, lay down IEDs, and spread out snipers and kill with silencers. Turn the infidels’ joy into funerals, and lie in wait for them everywhere…”

It seems the man just arrested in Barcelona heard that message. And the counterterrorism experts of the Netherlands are sending a warning to the rest of us: others are listening – and plotting – too.

Abigail R. Esman is a freelance writer based in New York and the Netherlands. She is the author of Radical State: How Jihad Is Winning Over Democracy in the West (Praeger, 2010). Her next book, Rage: Narcissism, Patriarchy, and the Culture of Terrorism, will be published by Potomac Books in October, 2020. Follow her at @radicalstates.