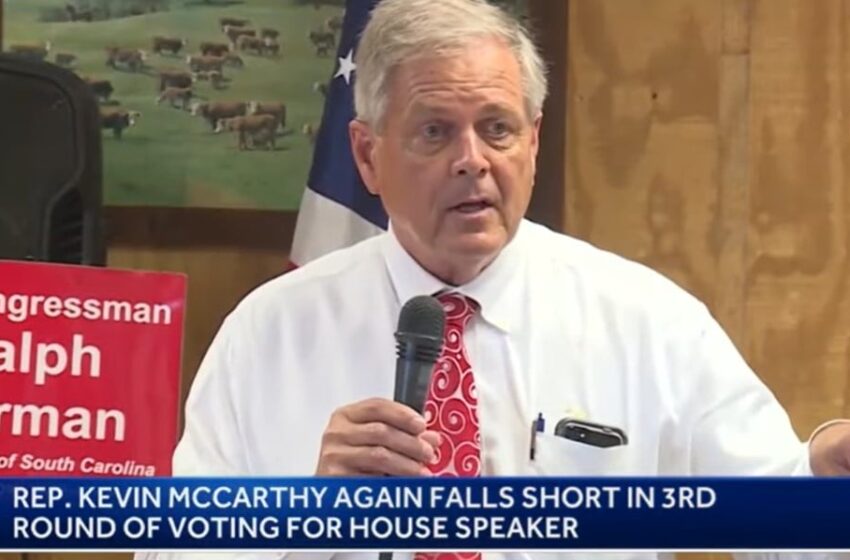 Republican holdout Rep. Ralph Norman says he expects a written offer on Thursday night to end the standoff between Kevin McCarthy and the 20 GOP holdouts.

Congress has failed to select a Speaker after 11 votes.

The actions of these principled conservatives who refuse to support Kevin McCarthy is infuriating to party insiders, the Uniparty, lobbyists, and GOP elites.

On Thursday Breitbart reported that a deal may have been reached.

Rep. Ralph Norman (R-SC), one of 20 House Republicans who voted against Rep. Kevin McCarthy for Speaker expects a written offer between McCarthy and his opponents to be completed Thursday night, Punchbowl News reported.

Punchbowl News’s Jake Sherman reported that a deal between McCarthy and his opponents “is close.” Reps. Chip Roy (R-TX) and Patrick McHenry (R-NC) have reportedly been leading negotiations with McCarthy.

/2 Norman says there’s an agreement in writing as he heads into Emmer’s office. He’s been asked to look at it

The breakthrough reports about a deal being on the table to secure McCarthy’s speakership come amid a long day of negotiations, concessions, and multiple failed Speaker votes.

are the 20 Republican holdouts.