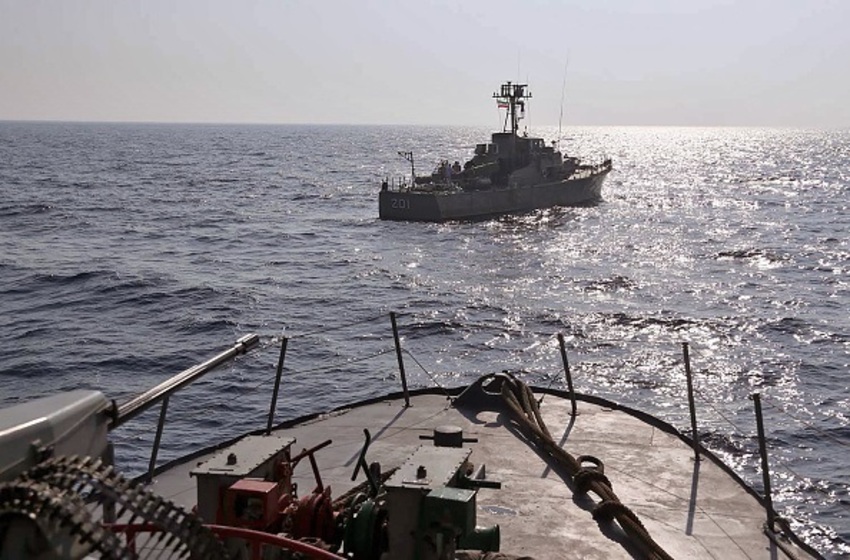 Moscow (CNSNews.com) – Russia and Iran launched joint naval exercises in the northern Indian Ocean this week amid a continuing standoff between the regime in Tehran and the Biden administration over the Iran nuclear deal.

The Maritime Security Belt drills are scheduled to run from February 16-19, and will cover an area of 17,000 square kilometers.

Russia’s Baltic Fleet, which is participating in the exercise, said on Tuesday Russian and Iranian sailors would rehearse defending a ship from enemy fire, joint maneuvering, and rescuing a merchant ship captured by pirates.

Admiral Habibollah Sayyari, deputy commander of the Iranian Army, told reporters earlier the joint exercises with Russia were an opportunity to demonstrate Iran’s status as a major naval power.

“When the powerful Russian navy conducts exercises with the navies of the Islamic Republic Army and the Islamic Revolutionary Guard Corps, it sends a clear message,” he said.

“Russia is expanding its interests in the Middle East, and Iran is the main link in this chain as a powerful regional power,” Farhad Ibragimov, an expert at the influential Valdai International Discussion Club, told the Moscow-based Vestnik Kavkaza news website.

“I think these drills are only the first step in expanding Russia’s interests in the Middle East, and we will see quite a lot of developments in Russian-Iranian relations,” he said. “It is unlikely that Moscow will confine itself to what we are witnessing now, especially since Tehran is more than interested in strengthening ties.”

This is not the first time the two countries’ navies have trained together. In December 2019, Russia, Iran, and China conducted a four-day exercise in the Indian Ocean and the Gulf of Oman, the first ever-such drill between the three.

Iran has ramped up its own military exercises in recent months. On Sunday, it tested a missile with a reported range of 300 kilometers. Last week, the Islamic Revolutionary Guard Corps conducted ground forces exercises near the Iraqi border, reportedly featuring drones, helicopters, and artillery.

The developments come as Washington and Tehran find themselves in a stalemate over the 2015 Joint Comprehensive Plan of Action (JCPOA). President Trump withdrew from the nuclear deal in 2018 over concerns about weaknesses in the accord, and the view it would not prevent Iran’s nuclear ambitions in the long run.

President Joe Biden has said that his administration would be willing to reenter the deal as long as Iran returns to compliance first. He has also expressed interest in drafting a new agreement that would encompass issues such as Iran’s ballistic missile programs and support for proxy forces across the Middle East. The Iranian regime is insisting the U.S. first lift the sanctions reimposed by Trump when he exited the JCPOA.

Beyond showcasing its military might, Iran has also sought to emphasize its cooperation with Russia, which backs its opposition to the U.S. calls to expand the nuclear deal.

Meanwhile, Iranian parliament speaker Mohammad Bagher Ghalibaf has announced that Iran plans to join the Eurasian Economic Union, a Russian-led regional integration project launched in 2014, ultimately aimed at offering a counterweight to the European Union. If accepted as a member, Iran would become the first country outside the former Soviet Union to join.

Iran has also turned to Russia for help in combating the coronavirus pandemic. Last month, Iran registered Russia’s Sputnik V vaccine after ordering five million doses of the jab. supreme leader Ayatollah Ali Khamenei had earlier banned vaccines from the U.S. and Britain, claiming they were “completely untrustworthy” and could potentially be used to “contaminate” Iranians.

Russia has long sought to expand cooperation with Iran as a way of strengthening its influence in the Middle East. At the same, it has maintained friendly ties with Iran’s regional rivals such as Israel and Saudi Arabia.