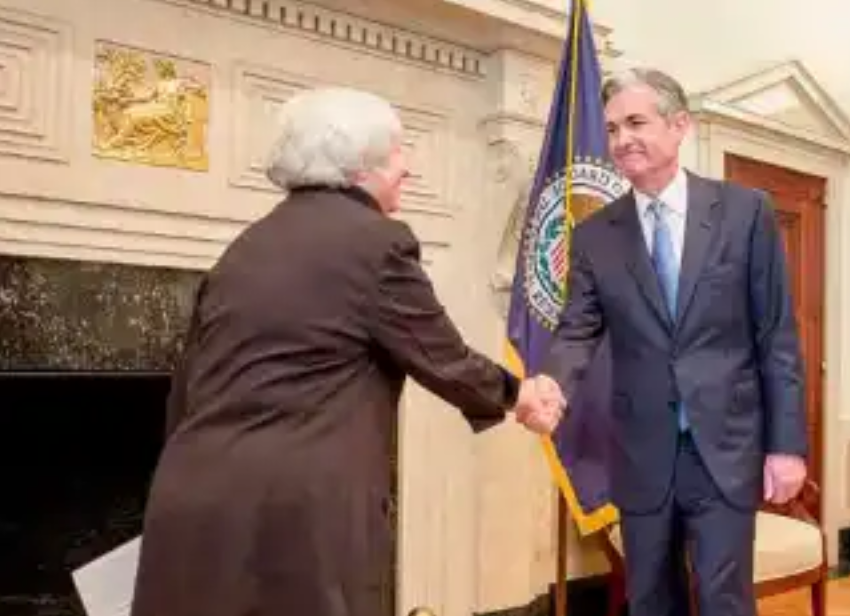 The Issue With Raising Interest Rates

Today inflation is our country’s top financial problem. Recent surveys have pointed to the high price of gas and food as the two issues Americans are most concerned about.

Recently I’ve been asked to explain why we don’t fight inflation today, as Paul Volcker did back in the 1980s. Volcker was Chairman of the Federal Reserve when we had the last great bout of inflation.

He took a straightforward, direct approach to curb out-of-control prices. He started raising interest rates. Higher and higher went rates, until in July of 1981, the Federal Funds Rate, the shortest of all maturities, Fed Funds hit the almost unbelievable 19% level.

Most find it hard to believe when I tell people that my mortgage back then was 12%. But it was true. Most of us carried little to no debt back then, so the mortgage payment and a few utilities, perhaps a car payment, were the only debt we had.

It was this lack of debt that made Volcker’s strategy possible.

For most of us, the thought of holding a lot of debt was anathema. There were still many old folk around who remembered the Great Depression. And they would remind us of wealthy men who became broke overnight because they held too much debt — millionaires who ended up on skid row.

There was a national aversion to going into “hock” back then.

A quick look at the country’s balance sheets showed that we were very conservative regarding our finances. Both total household and corporate debt were less than half a trillion dollars. The US Government Debt was only a little over $850 billion. Add them all up, all the households, all the corporations, and the US Government, and their total debt came to just $1.6 Trillion. Less than the Market Value of Apple Computer or Microsoft. And about the same Market value as Alphabet/Google.

And remember, that was the entire country’s debt.

Today, we are an entirely different country regarding how we deal with debt. Debt is no longer looked down on as a sign of depravity and weakness.

Instead, debt is considered a standard way to do business. Often, debt is encouraged. Student debt, in particular, is seen as an admirable way to get ahead in life.

Altogether we have borrowed $42 trillion at home, at work, and by the government — quite a change from the $1 ½ trillion back when Paul Volcker was at the Fed.

And here’s why raising interest rates is so tricky.

Today when the Fed raises interest rates by just 1%, the cost to the economy is $420 billion. $420 billion in interest payments alone.

Debt payments are the devastating result of excessive borrowing.

If ever your credit card payments have gotten out of hand. You know just how painful this expense can be. Before doing anything else, you must reach into your wallet and pay your lender.

So now that we have the basic concept let’s put all this in other terms.

Now our economy, as measured by the GDP (Gross Domestic Product), is roughly $21 Trillion. In other words, the total of all the goods and services this nation does is $21 Trillion.

Higher interest rates directly reduce our overall economy and future growth. So raising interest rates by 1% (an additional cost of $420 billion) will REDUCE our economy by 2%. That’s right.

Before the Pandemic struck, many economists estimated that the long-term economic growth rate for the country was roughly 2 1/2% to 3%. Raising interest rates, even by just one percent, would essentially eliminate economic growth. Money could be used for new plants and equipment, and new hires would have to instead be directed toward interest rate payments.

There would be a real risk that the nation would fall into a “no-growth” scenario for years to come. It’s the risk of returning interest rates to “normal.”
You can see why today’s Federal Reserve drags its feet in raising interest rates.

And why it’s so hard to implement Volcker’s strategy in today’s highly leveraged America.

We finished up this labor-centered week with three more reports on the labor markets. The headline number today will be the Unemployment Rate for the month of June. Wall Street expects no surprises here; they’re looking for the unemployment rate to remain unchanged at 3.6%.

However, analysts will be focused on the June Payroll number. Most expect we’ll see a decline of about 120k new jobs compared to the month before. If true, then this would be the lowest number of new jobs added to the economy in more than a year. And an indication that the labor economy is starting to stall.

There are no major earnings reports today.

How Fed Tightening Will Lead To RecessionJune 2, 2022In “Columns”