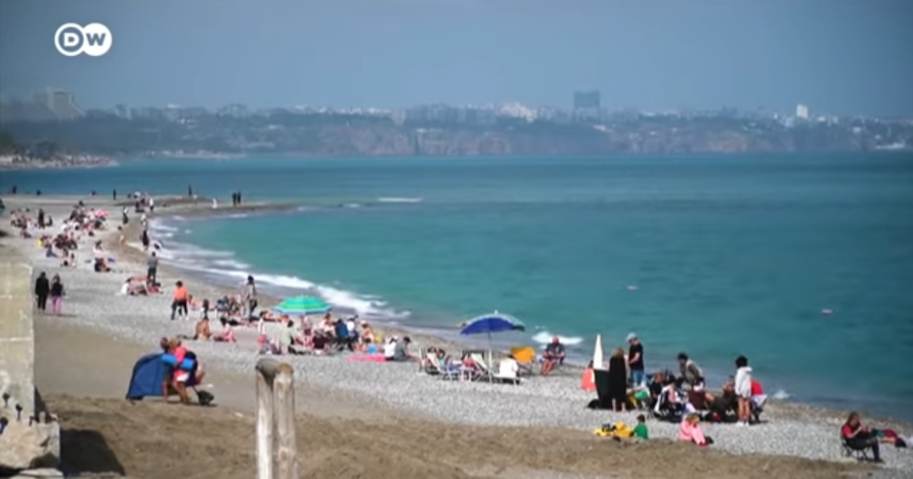 As Americans continue to bear the brunt of Biden’s destructive policies and wild spending — gas is on track to hit $10 per gallon, there is a complete supply chain collapse, a wide-open border, inflation is through the roof, and debt is whistling past all-time highs, just to name a few — Ukrainians, who are in the throes of conflict with Russia, are “flocking” to the beaches to catch some rays, according to the Daily Mail.

And it’s happening just weeks after Joe Biden and the corrupt DC Swamp urgently sent another $40 billion in taxpayer funds to the country.

Residents of Ukraine’s capital city, Kyiv, which has been a hotbed in the ongoing conflict, were seen out in “droves” over the weekend, making the most of the sunny weather and summer temperatures. Photos show the city’s central beach absolutely packed with Ukrainians enjoying the sunshine.

The devastated and war-torn country of Ukraine… we should definitely keep sending them billions of dollars…https://t.co/m2tCdP6GtF

Just weeks ago, the city had come under heavy fire from the Russian army, laying waste to large portions of the city. However, the fighting in the area has seemingly settled. Residents of the war-torn city were also seen filling the city’s parks over the weekend, with photos showing people riding bikes and enjoying time with their families.

The scenes are so peaceful and normal that if you didn’t know about the ongoing war with Russia, you would have no idea anything was happening whatsoever.

According to the Daily Mail, even cafes and restaurants are open again. Everything seems “normal” until everyone is forced to return home for a strict 11 p.m. to 5 a.m. curfew.

Thankfully, the innocent citizens of Kyiv are able to enjoy a much-needed period of relative peace compared to what they have endured for the past few months. But that doesn’t change the fact that Western media and corrupt elected officials have been using the crisis in Ukraine to steal and launder massive amounts of money under the guise of ‘protecting (il)liberal democracy’ from Putin.

In short – packed beaches are