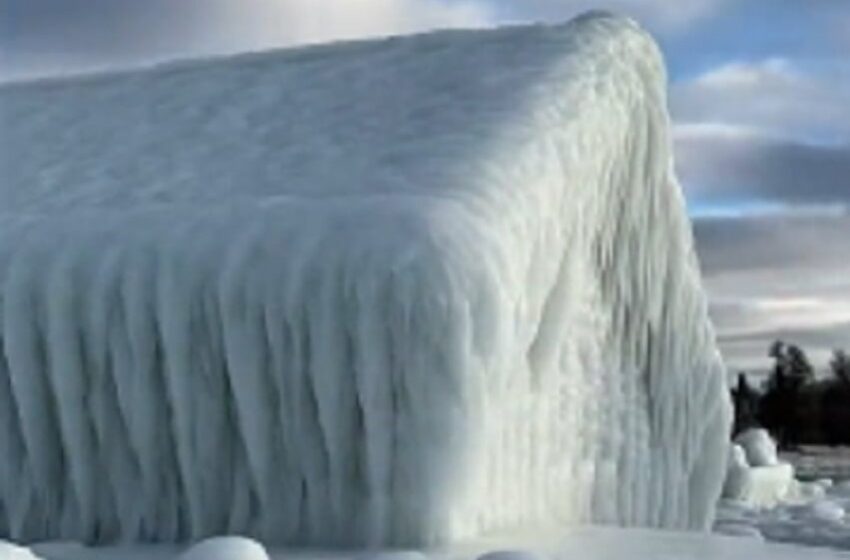 shocking video has emerged from Wisconsin, showing a shop completely encased in a thick layer of ice.

Severe weather has been rocking the nation all week due to an arctic blizzard.

A Wisconsin shop along Lake Michigan was frozen solid after a massive winter storm walloped much of the United States. pic.twitter.com/J3wrUkTQbs

The shop, “Simply Scandinavian,” is in Gills Rock along Green Bay on Lake Michigan.

The National Weather Service said that during the storm, intense waves crashed over the building and froze — creating a wall of roughly a foot of ice over the entire building.

“So even though Mother Nature has created some incredible outwork for us, it is a bit worrisome due to the weight thats on the building,” Gretel Sannikas of Simply Scandinavian told the Associated Press.

“With it’s tough nordic genes im sure this shop has endured many storms,” she continued.

Sannikas hopes that warmer temperatures will melt the ice and that the shop will still be in good condition.

“Well, we are very hopeful that this week with with the warmer temperatures, that it will give this little shop some help and thaw some of this weight off of it. Fingers crossed. But I think it will be a while since we see the total building,” said Sannikas.